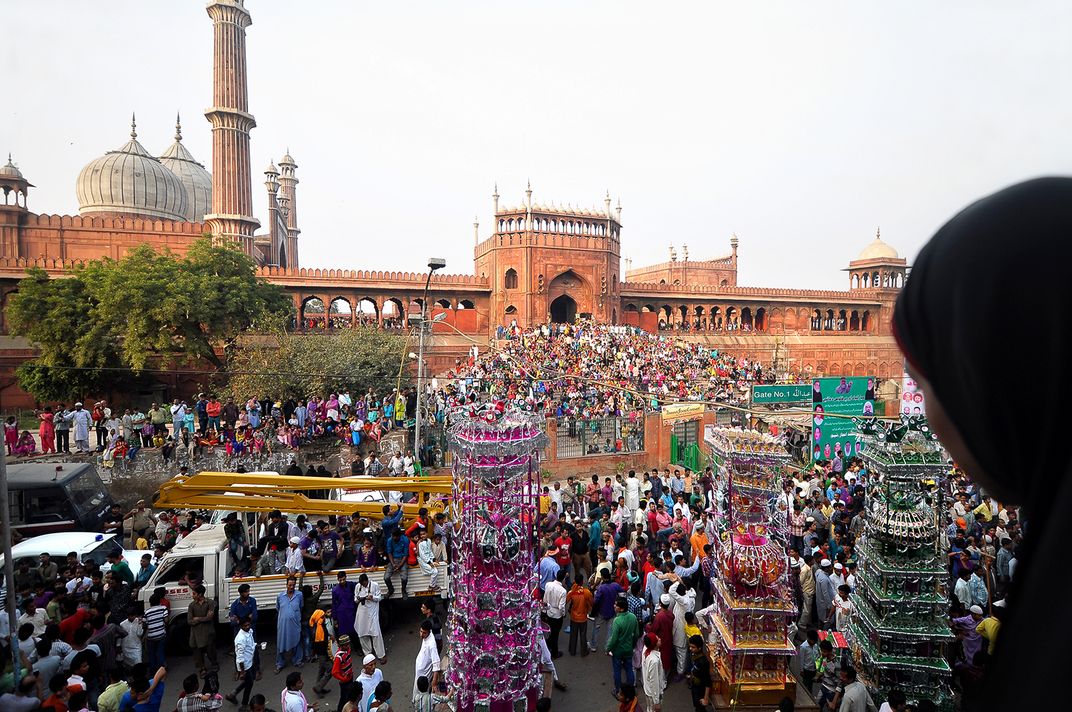 MUHARRAM is the first month of the ISLAMIC CALENDAR. It is one of the four sacred months of the year. Fasting differs among the Muslim groupings; many Shia Muslims stop eating and drinking during sunlight hours and do not eat until late afternoon. Sunni Muslims also fast during Muharram for the first ten days of Muharram, or just the tenth day, or on both the ninth and tenth days; the exact term depends on the individual. Shia Muslims do so to commemorate the martyrdom of HUSSAIN IBN ALI on the Day of Ashura. HERE A MUSLIM GIRL IS WATCHING A PROCESSION WITH THE SACRED "TAZIA" IN FRONT OF JAMMA MASJID IN OLD DELHI ON THE DAY OF MUHARRAM.