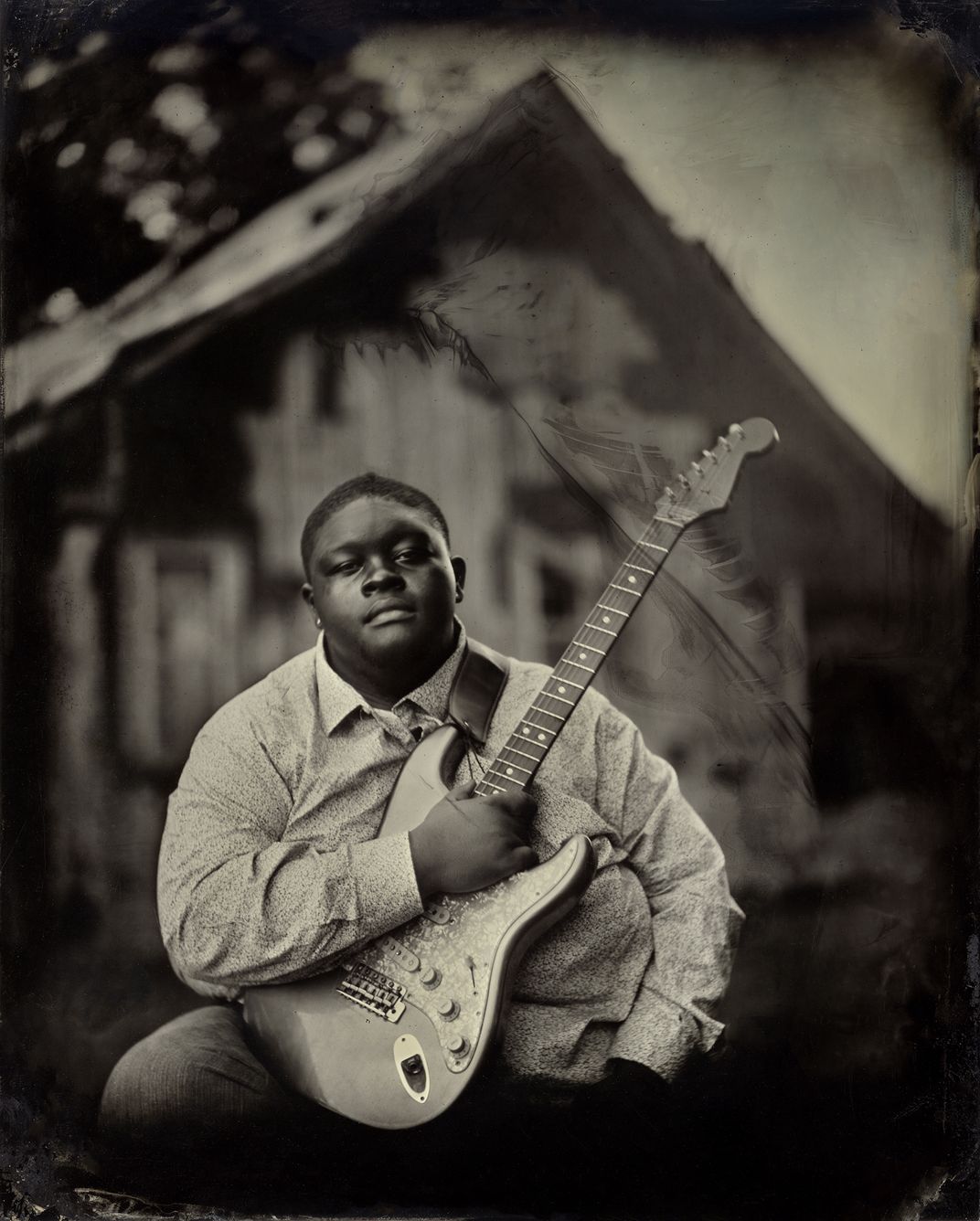 This is a tintype I made of Christone "Kingfish" Ingram at the remaining house on the farm in the same row where Muddy Water’s cabin once stood. Although it’s not Muddy’s actual cabin, it looks exactly like the house Muddy was living in when he first recorded for the Library of Congress in 1941. And just as Muddy bridged the gap between the acoustic Delta blues tradition and the urban Chicago blues sound of the 1950’s, I thought it was the perfect place to showcase this extremely talented young blues artist, who is bridging the gap between the legends of the past and the generation of young Mississippi artists keeping those traditions alive and moving them forward on the sacred soil that gave birth to the blues. Kingfish released his self-titled debut album on Alligator Records in 2018 reaching to no. 1 on the Billboard blues charts and garnering him a Grammy nomination for best traditional blues album. The album won five blues music awards. Kingfish’s guitar playing has always been virtuosic, but it also displays an emotional depth that belies his young age. He has been called the future of blues in his home state of Mississippi. I believe that to be true and the world is a better place for it.