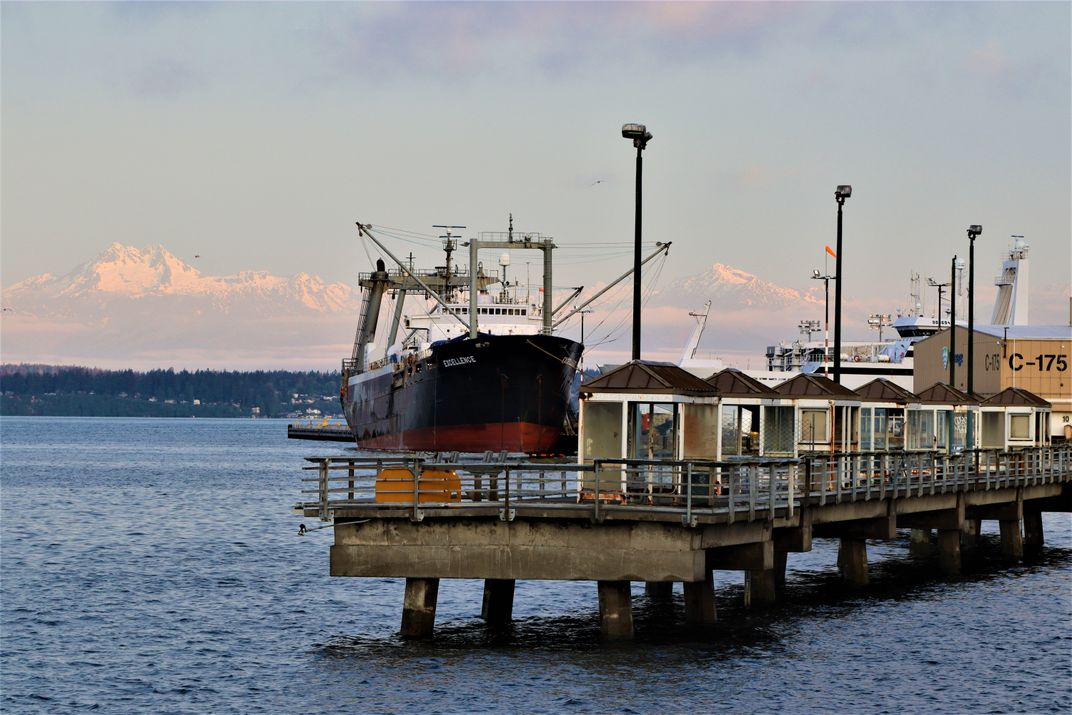 The M/V Excellence is a fishing vessel with a home port in Juneau, Alaska. It was built in 1973 in Nagasaki, Japan. Here, the M/V Excellence is docked in Puget Sound near Centennial Park near downtown Seattle. In the background are the Cascade Mountains. In the foreground is a fishing dock whose construction was funded by the state for recreational use by the American Public. However, it has been closed for many years in need of repair. This picture captures the cultural and commercial significance of fishing in the Pacific Ocean, how this connects us, and how this promise to our cultural heritage and sense of place can also be broken.