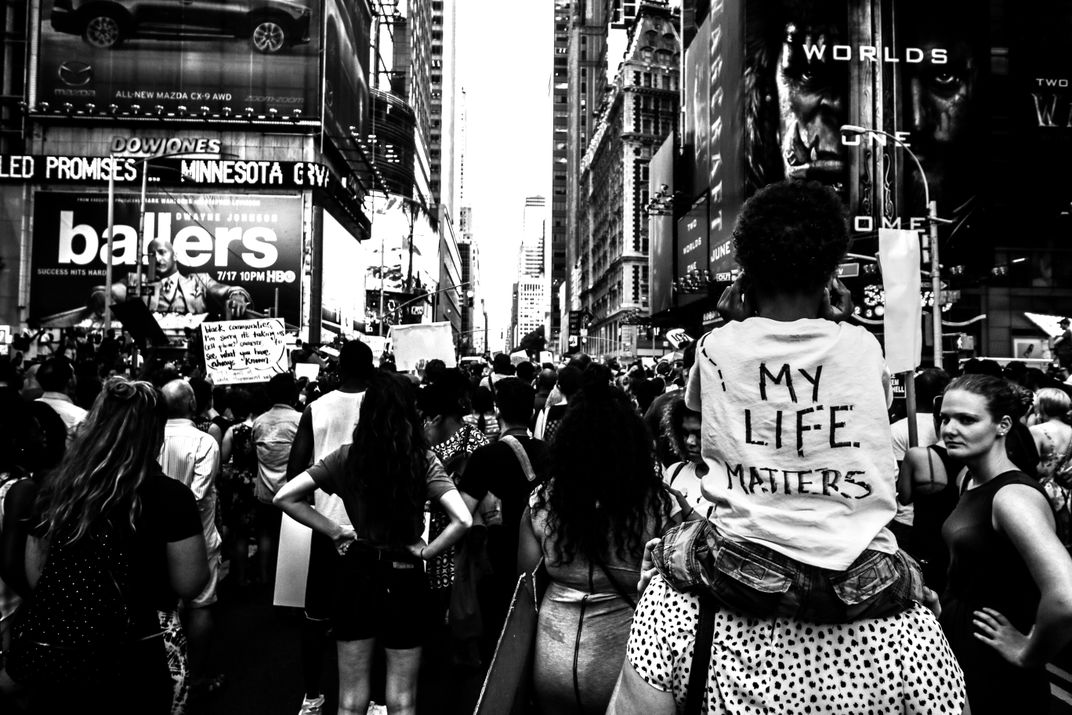 This photo was taken during a march down Fifth Avenue to Times Square in New York City. In reaction to recent shootings of unarmed black men and women, a Black Lives Matter march was staged. I took part in the march and found this photo very powerful. A young black boy was sitting on the shoulders of his mother, who was white. The back of his shirt said "My Life Matters". I found this powerful because his mixed ethnicity symbolizes the union of two races and tolerance, while it also shows his vulnerability to these shootings, because of the color of his skin. He is our future, and his life matters.