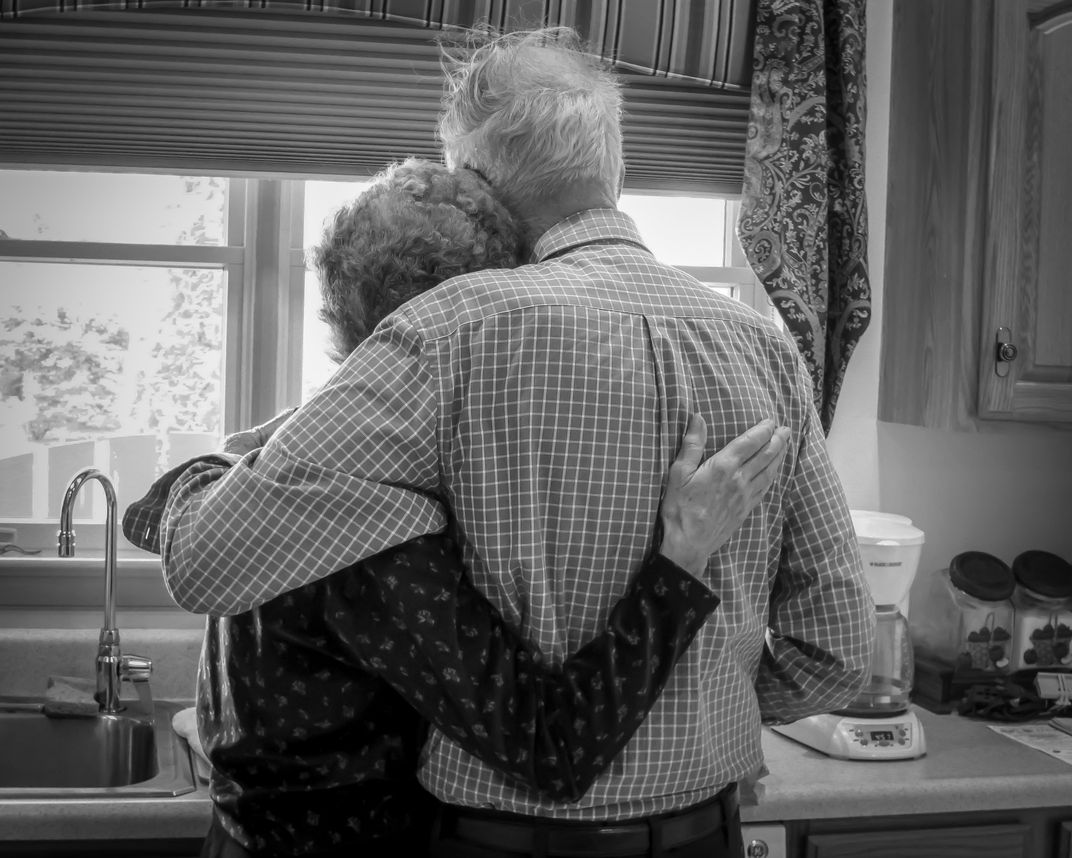 It was my parent's 61st wedding anniversary and my Dad had just given my Mom an anniversary card and he said, "I never thought I'd ever get so lucky" and he began to cry and turned toward the window and she hugged him. They had just moved from IL to PA to be closer to me as Mom had Alzheimer's and we didn't know it at the time but Dad was soon to be diagnosed with stage 4 lung cancer. I knew I had to capture it when I saw it. It was a very poignant moment. I'll never forget it.