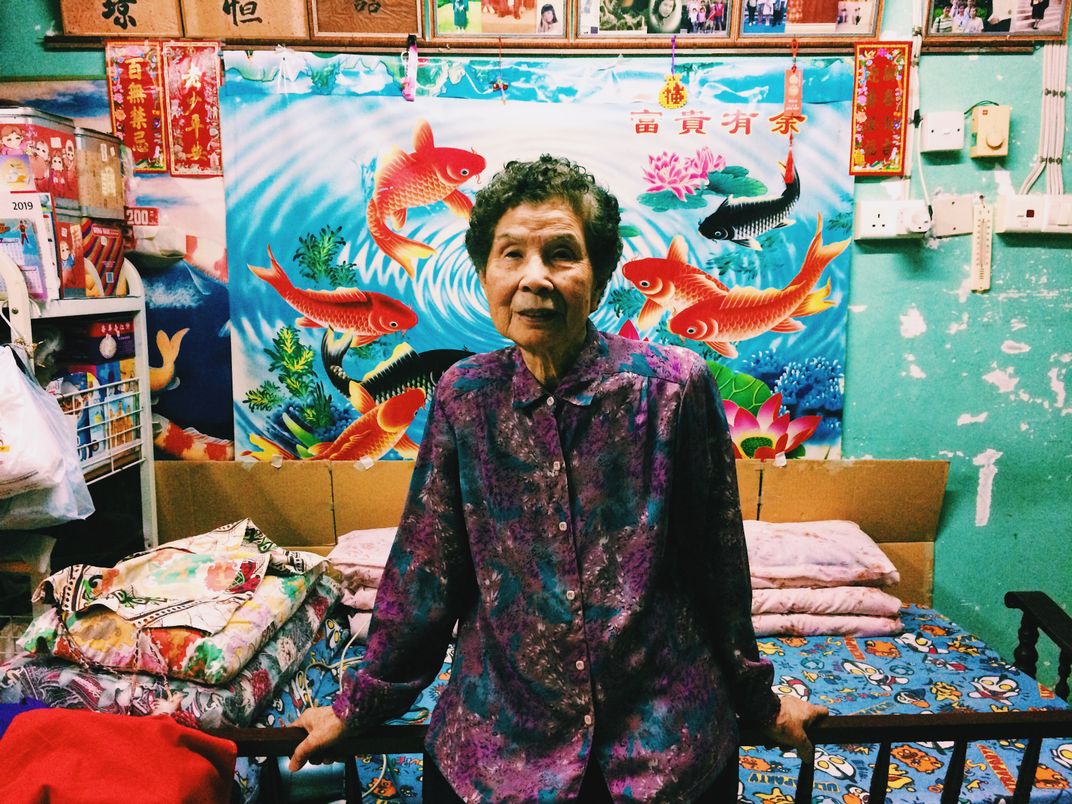 I did something so special that evening; I finally got to visit my paternal grandmother’s home, where she’s lived since the 70s! It took her some convincing but I knew it would possibly be my last chance; the old blocks of the Pak Tin public housing estate are being demolished and replaced by taller new ones, and she's being made to move. (The government offered her a new place long ago, but she didn't want to leave. And why not? She likes it here.) She was given a choice of location and decided to move to the one that's being built practically next door, haha. (After all, this is home.) The residents don't know exactly when they'll be moving yet; they'll be notified once the new blocks are finished. In the meantime, my grandmother's been packing up her life. Other than all the items she's accumulated over the decades, this is the second home my dad and uncles knew, where they moved into as teens. (For one person, the size isn't bad at all; it's 300-something sq. ft. Picture a family of six, though.) Suffice it to say, there's a lot to go through, and I loved that she showed me mementos. One of the many things that touched me? She has photos of me (and her other grandkids and kids) throughout all stages of my life throughout her home. (Our story: Before Pak Tin, my paternal grandparents, my dad, and his three younger brothers lived in Shek Kip Mei estate, Hong Kong’s first public housing projects (they've been demolished and replaced by new blocks for years, one of which is Mei Ho House, a hostel and museum about Shek Kip Mei). Before that, my grandparents were among the mass exodus of Chinese to HK following the civil war. I cannot emphasize how amazing my family is; while living here, my dad had gotten into the University of Hong Kong, back then known as "the Oxford of the East" (so did my mom). My parents are immigrants in America, and worked tirelessly so that I could be born middle class. And I went to Columbia. And I'm now privileged enough to be able to travel to places such as HK. Our story is history and you're looking at it.)