Home People My son and daughter praying before her 6th major brain and skull surgery. 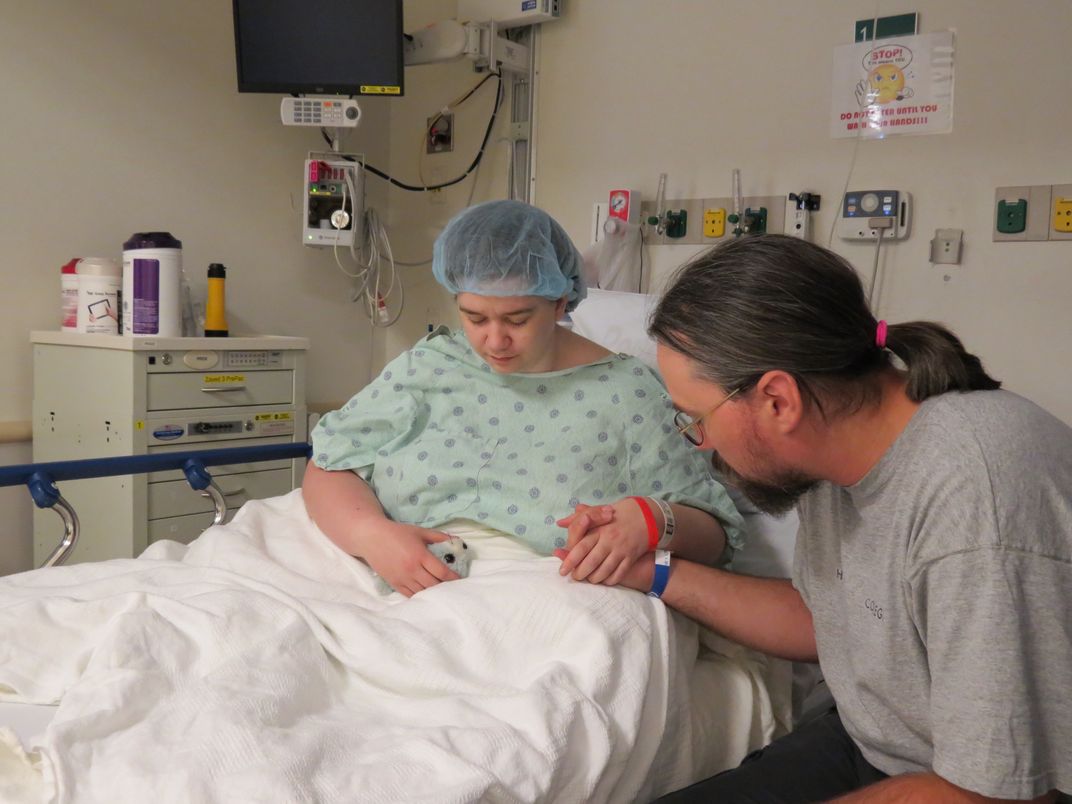 My daughter has something called Chiari 1 malformation. At age 17 they removed the back of her skull. But she was on the leading edge of the surgery and they removed far too much bone. Instead of the 3 cm opening they do now, she had a 9 cm hole in the back of her head. Over time her brain slumped and she eventually needed a “shelf procedure” to re-create the part of the skull that was originally removed, leaving the brainstem a little bit more room than before. My son and I surprised her at the hospital, my son using his pastor pass to see her pre op.