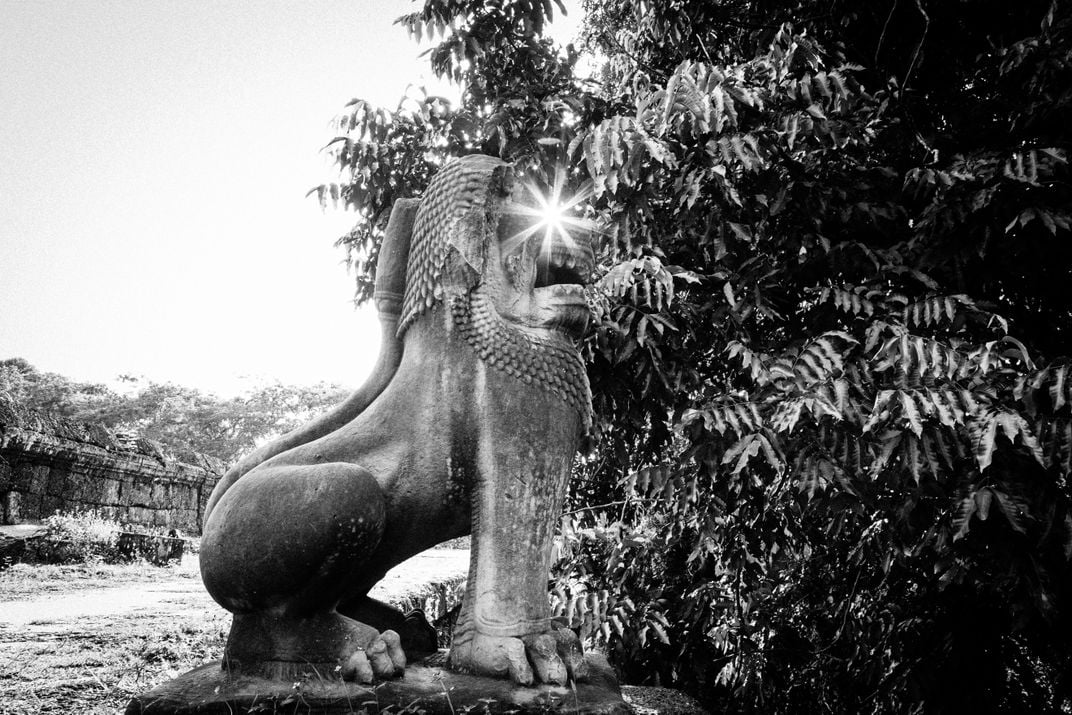 It was late in the afternoon and I was making my way through to the top of the East Mebon temple in Siem Reap. The sun was low on the horizon and its rays were filtering through the wild trees that surrounded the temple. I was attempting to get a starburst and one of the lion guardians in the same shot with an interesting composition, when the idea of using the starburst as the eye of the mythical being came to mind. The resulting picture is what you see.