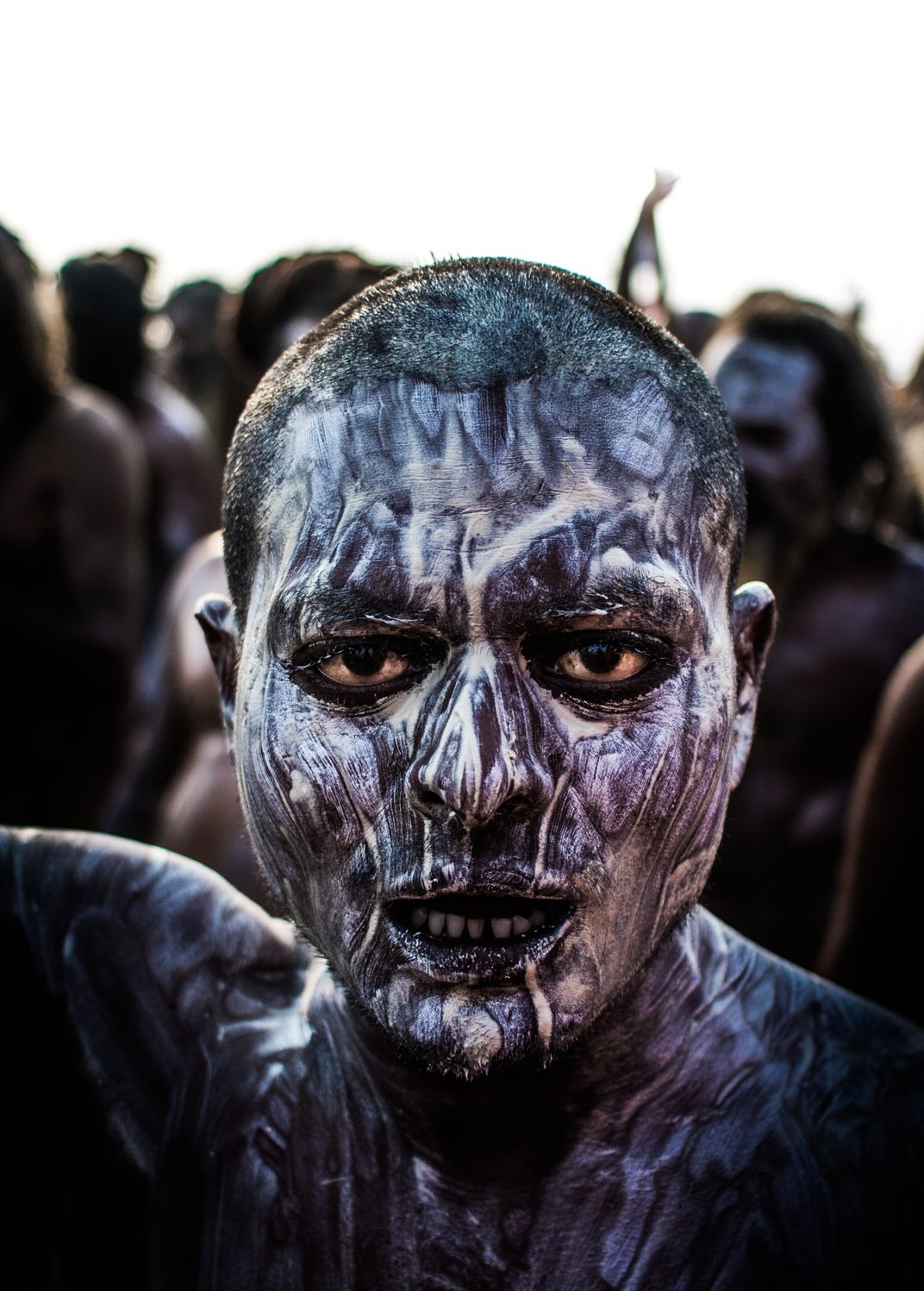 Naga sadhus are mostly half clothed saints. Their faces are always covered with the ashes of burning of dead bodies.They smear the ashes of the burning of dead bodies. Naga sadhus are considered militant groups of himdus for safeguarding Hinduism. They mostly live in Himalayan caves and they appear during the kumbh mela. they are always lashed with "trishul of lord shiva", sword and other weapons for their religion. They never disturb or kill any innocent people of the society.