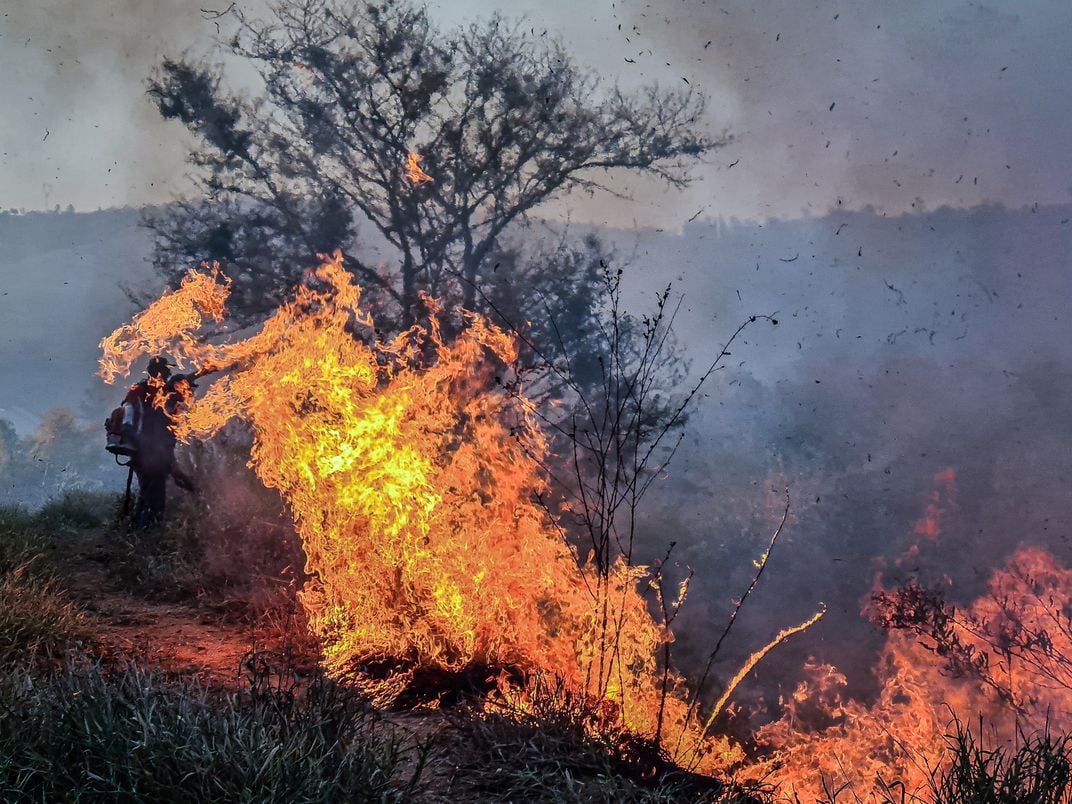 Every year during the months of June until September, Brazil goes through a period of little rain and a lot of drought. Fires are a common evil throughout the national territory. Whether in forest areas or in savannah regions, as well as in areas close to cities, as in the photos. This photograph was taken during the work of civilian and volunteer firefighters to combat these fires in a green area next to the city of Pedreira, state of São Paulo, southeastern Brazil.