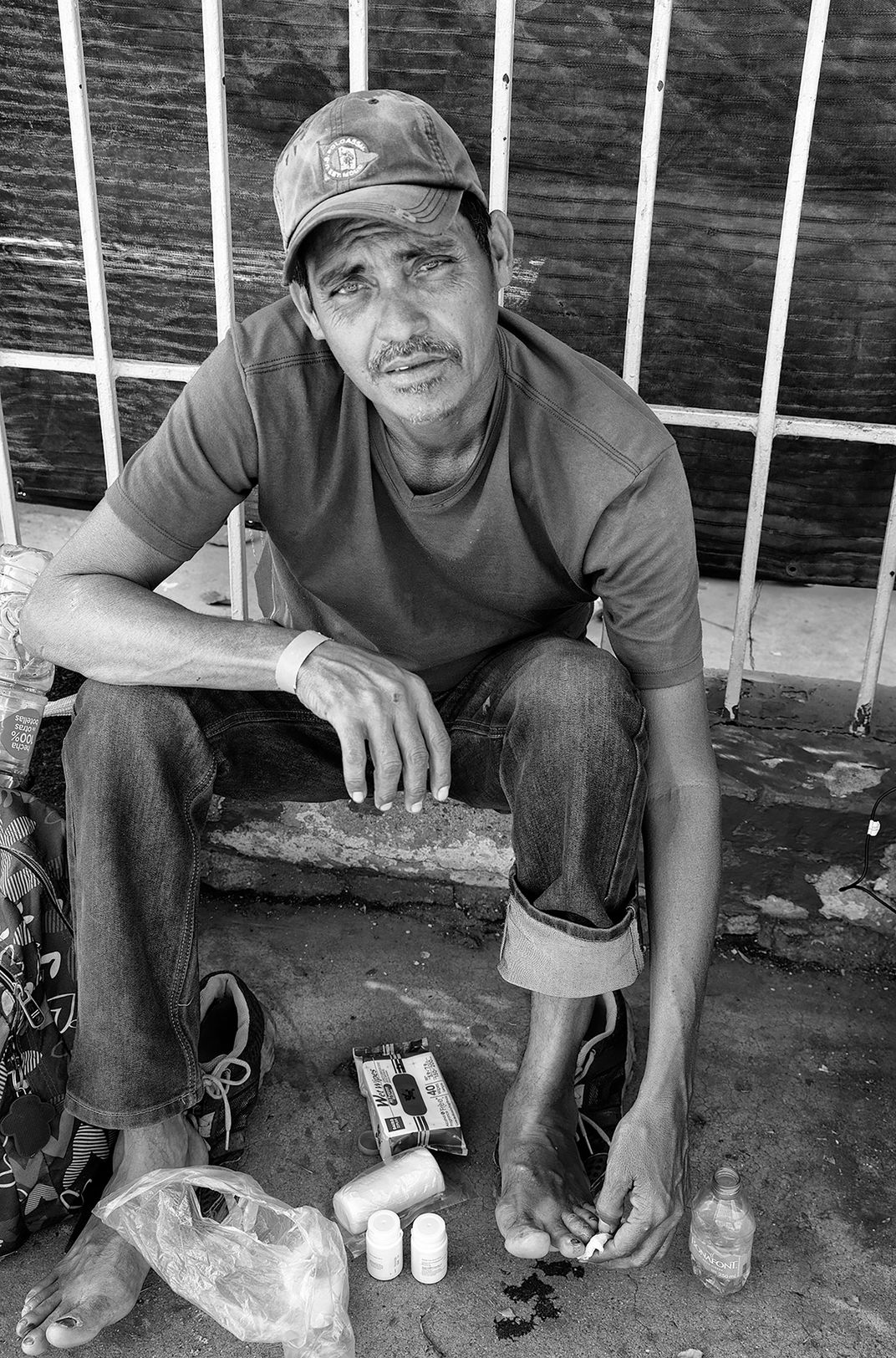 Nelson, age 38, was tending to his blistering feet as he rested within the caravan. He had little opportunity to ride in vehicles and the road tore at his feet. He questioned how long his body could last, yet, thousands of miles from home in San Pedro Sula, Honduras, he was determined to push onward. The government limited job opportunities and so, Nelson literally walked out. He was thankful to the Mexican government for its aid; had it not been for their medical supplies, he might not have made it so far. It was his hope to petition the United Nations to inform them that the Honduran people were living poorly. “This is an international problem,” he said.