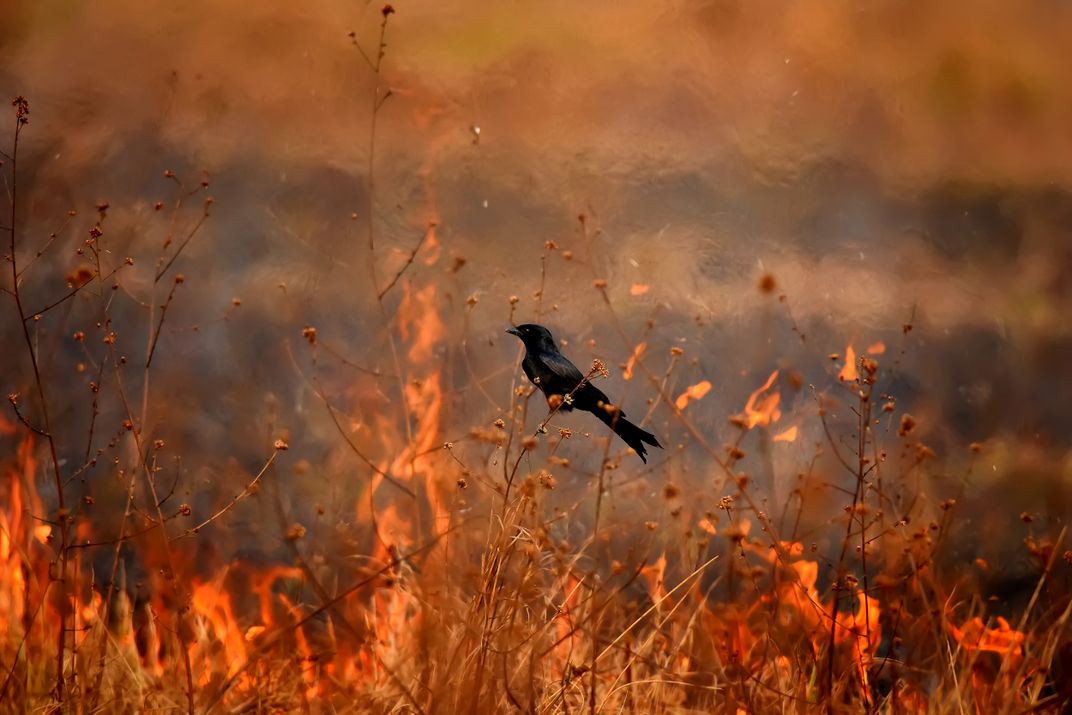 For the last 4-5 years I have seen that , at the end of every winter, farmers of this huge grassland generally burn the grass and reed to clean the land for upcoming crop. When the fire spreads across the land, small insects start coming out. Then the brave Black Drongo starts capitalizing on such a moment by eating them flying on the live fire. The bird usually sit on a branch fearlessly and watch the movements of the insects as the fire spreads into a new area…then it flies close to the fire for the catch. This is a full frame image where the calmness of the Drongo reminds me Roman Emperor Nero..