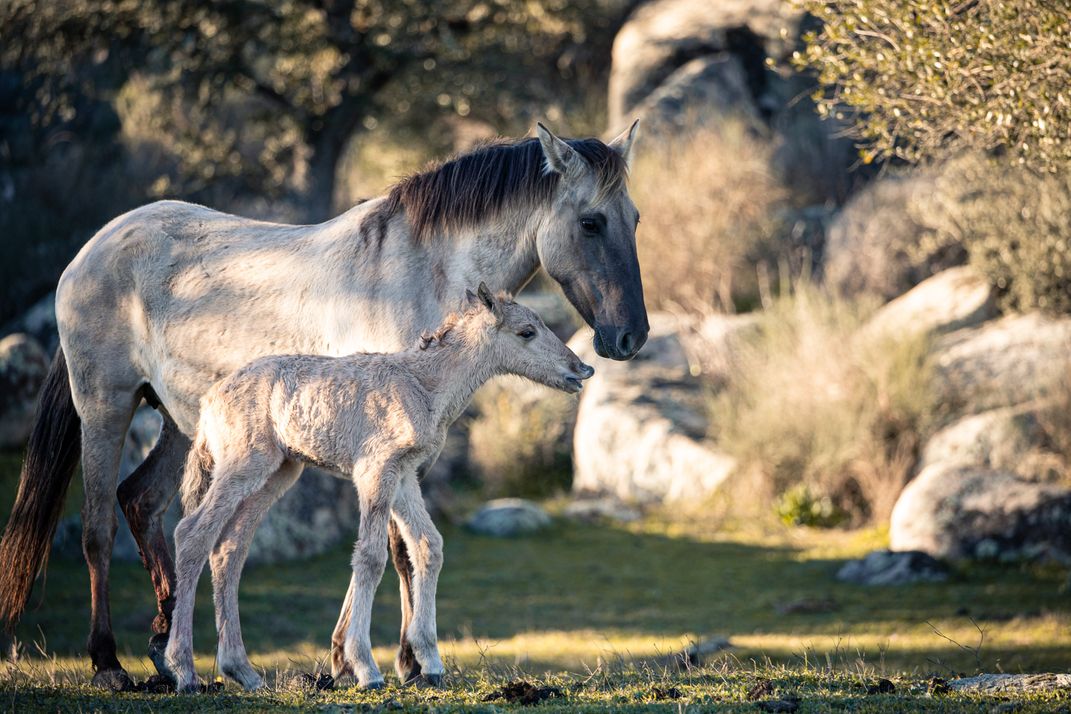 The photo shows a new born foal and its mother. She still has blood on her hind legs of the birth and the foal is shaky on its legs and tries out its body. the pictured breed is called Sorraia horse and they are believed to be the last remaining population of the Iberian wild horse. They were discovered in the 1920s in Portugal by the rivers Sor and Raia, which gave them the name Sorraia horse. They are also called Zebro, which refers to the striped markings in the legs and on the shoulder and back. The Sorraia is critically endangered with less than 200 horses in the world. For this breed, which is at the risk of extinction, each new born foal is also a new hope for the survival of the breed.