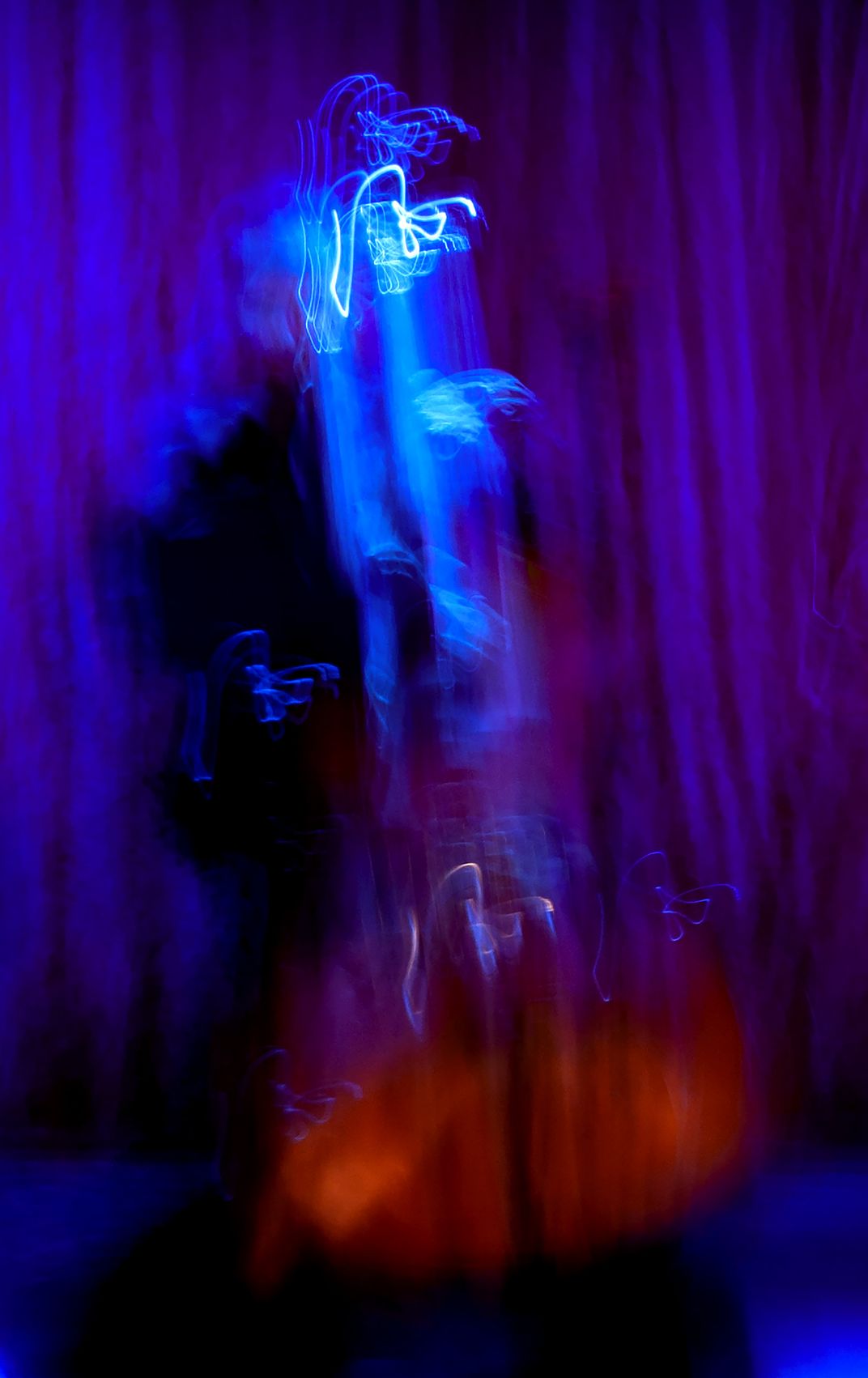 Musician playing his cello at Nuevo Teatro Alcalá en Madrid, España. This photo refers to the silence that the musician makes playing the cello. I do not mean the silence of sound, but the noble silence that is to silence everything that does not allow us to be fully here and now, the absolute awareness of the action of the present moment. Like this cellist whose body and mind only remain in the action he performs at every moment. Through the language of long exposure, I am interested in creating new forms, new perspectives and proposing a different vision of seeing reality. This photo is part of my long exposure serie called Impermanence and interdependence.