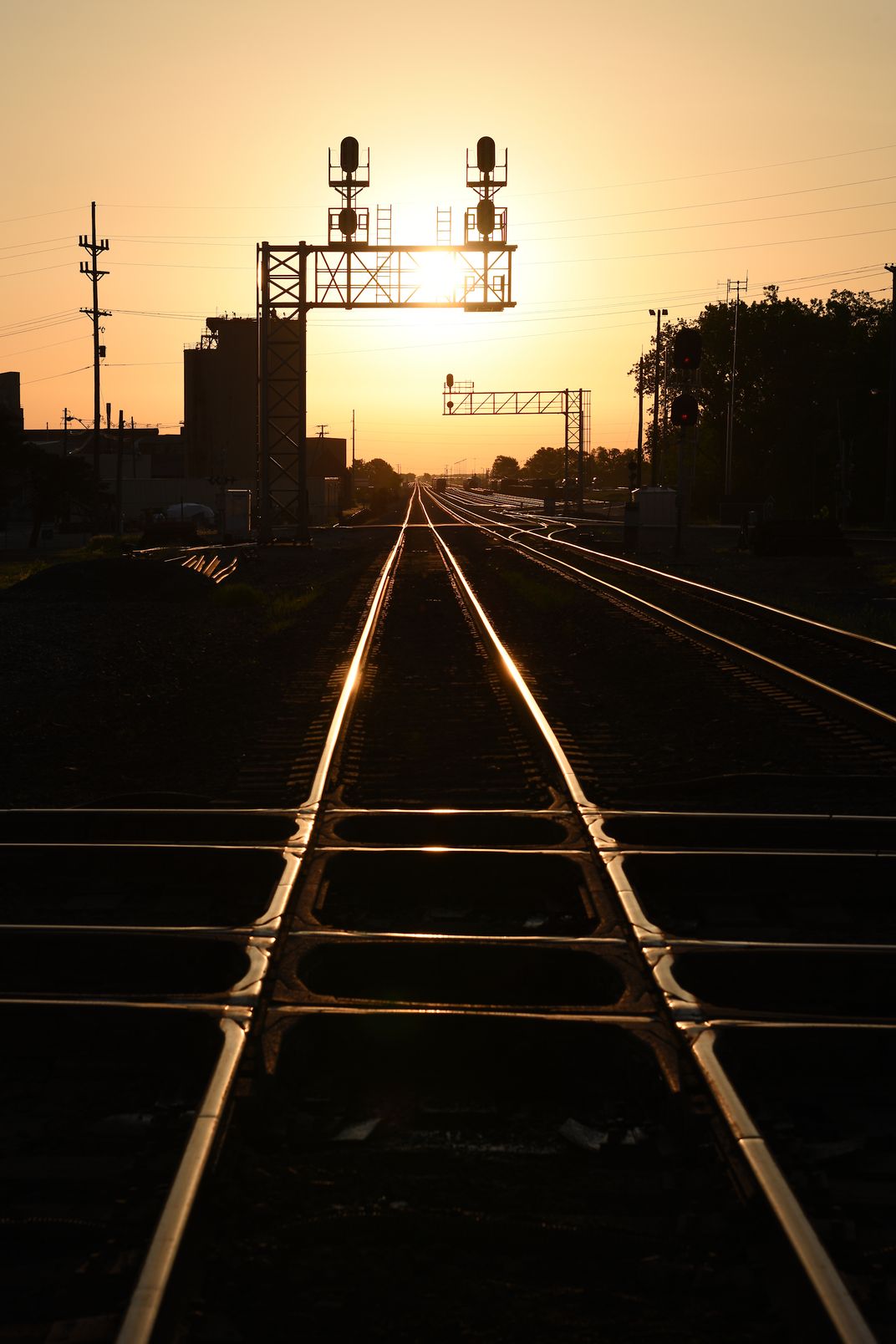 Fostoria, Ohio, has become famous among railroad buffs as the home of the "Iron Triangle, where three double-track mainline railroads cross each other right in the middle of town: The former Baltimore & Ohio (now CSX) between the East Coast and Chicago crosses the former Nickel Plate Road (now Norfolk Southern) between Buffalo and Chicago and also a former Chesapeake & Ohio line (now also CSX) between Toledo and Cincinnati, and both of these latter also cross each other. Wherever two tracks cross each other on the same level, the railroads have to maintain a diamond -- actually a square where they cross at a 90-degree angle, but a diamond at any other angle. This photo looks east on the former Nickel Plate where it crosses the former C. & O.