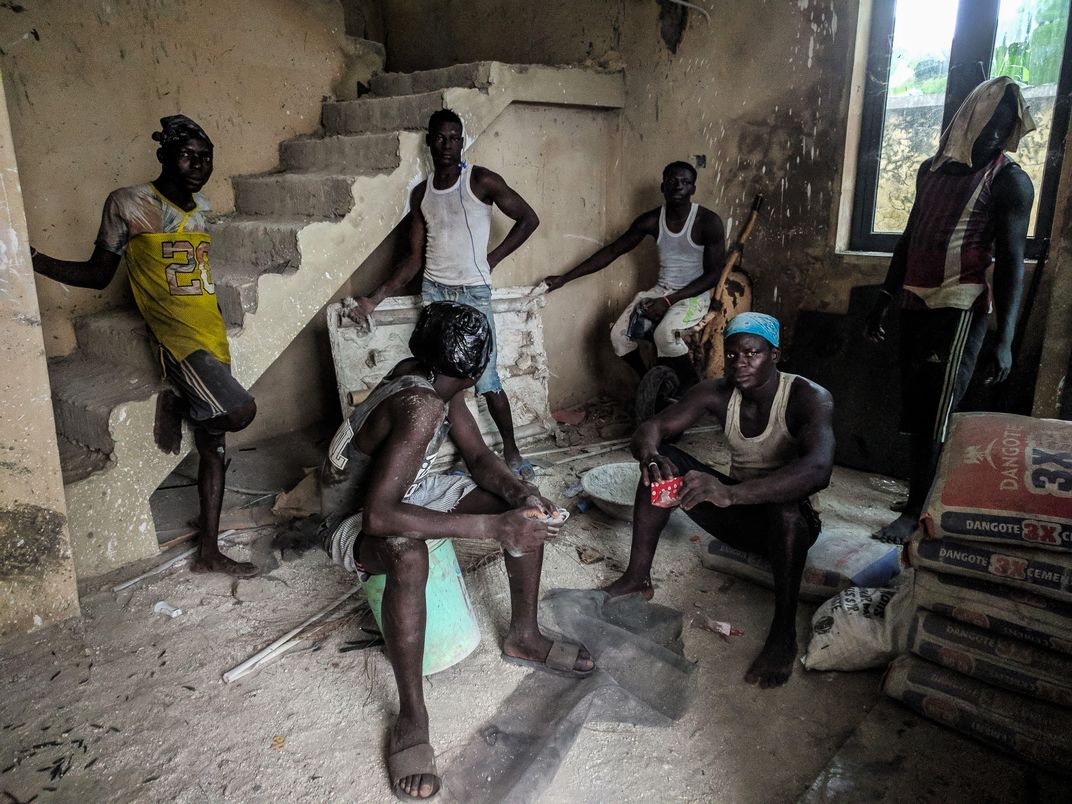 This is a portrait of group of young men, at a construction site, who migrated from the far North of Nigerian to the mega-city of Lagos in search of greener pasture. The migrate to the urban areas leaving their families behind but connect with brothers from different parts of the north. In the city, they are mostly engaged with odd jobs, highly risky and labor intensive for survival while also supporting their families back in the village. In most cases, they do not understand the official language, English, but have one representative who understands fairly and can communicate at the basic level like in the case of this young men.