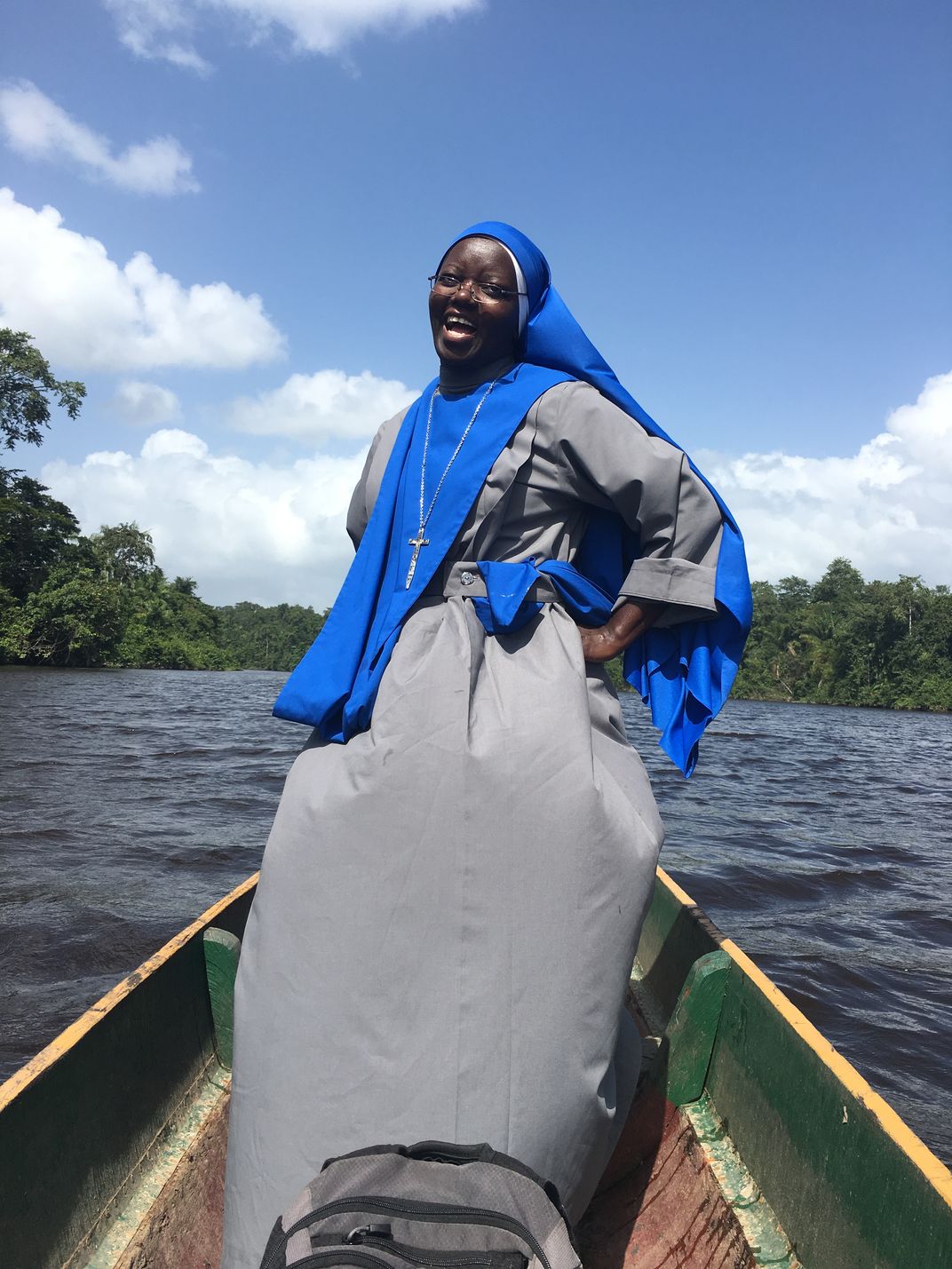 Mother Boomiki and I were traveling via the river to see an abandoned convent within the interior of Suriname. We were using her brother's old wooden boat, which just so happened to have a dying engine. After sitting idle for roughly 18 min while her father was trying desperately to bring the engine back to life, She became over joyed when it began spitting and choking itself back to life. This photo shows her standing in gratitude and looking at her father with admiration.