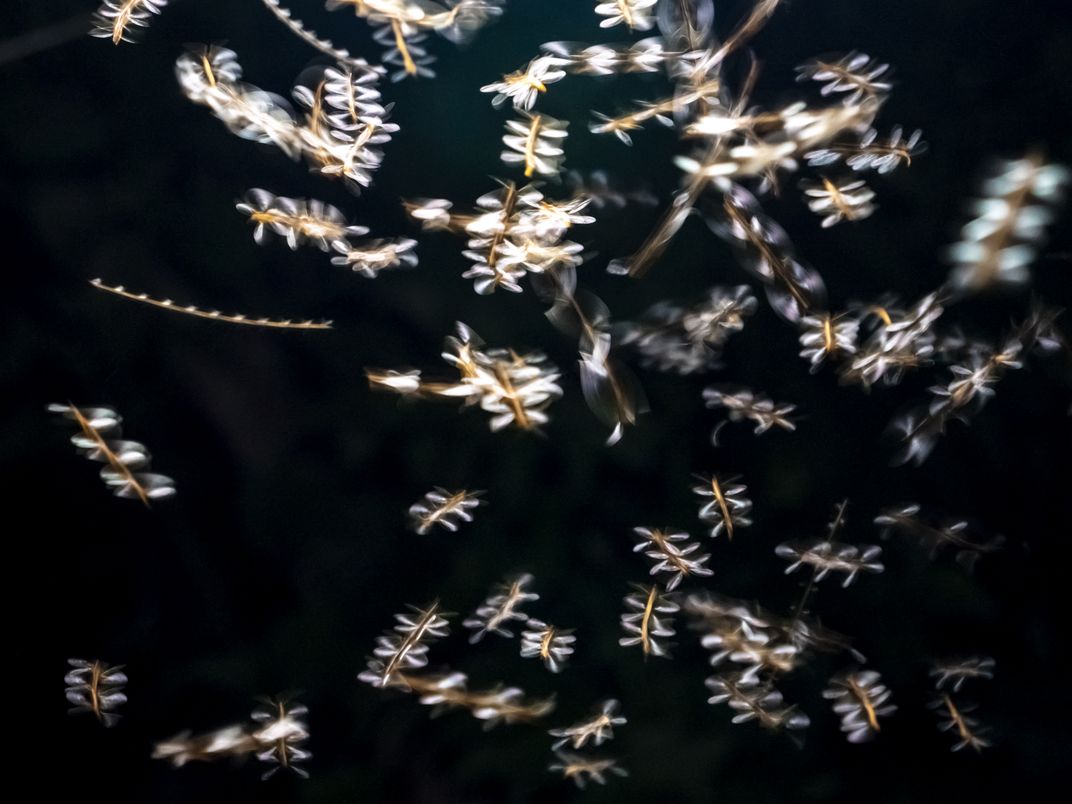 I witnessed the grand congregation of winged termites just after the first rain in Lakhimpur Kheri, India. It was dawn; I noticed activity in my backyards and approached with slow shutter speed to capture the motion. As the first shower of rain moistens the surroundings, the swarms of winged termite coming out from their well-designed colony beneath the earth. During this period the sexually developed male and female winged termites leave their nests and take flight. This is often referred to as ‘nuptial flight’ and is also common among other insects such as ants.