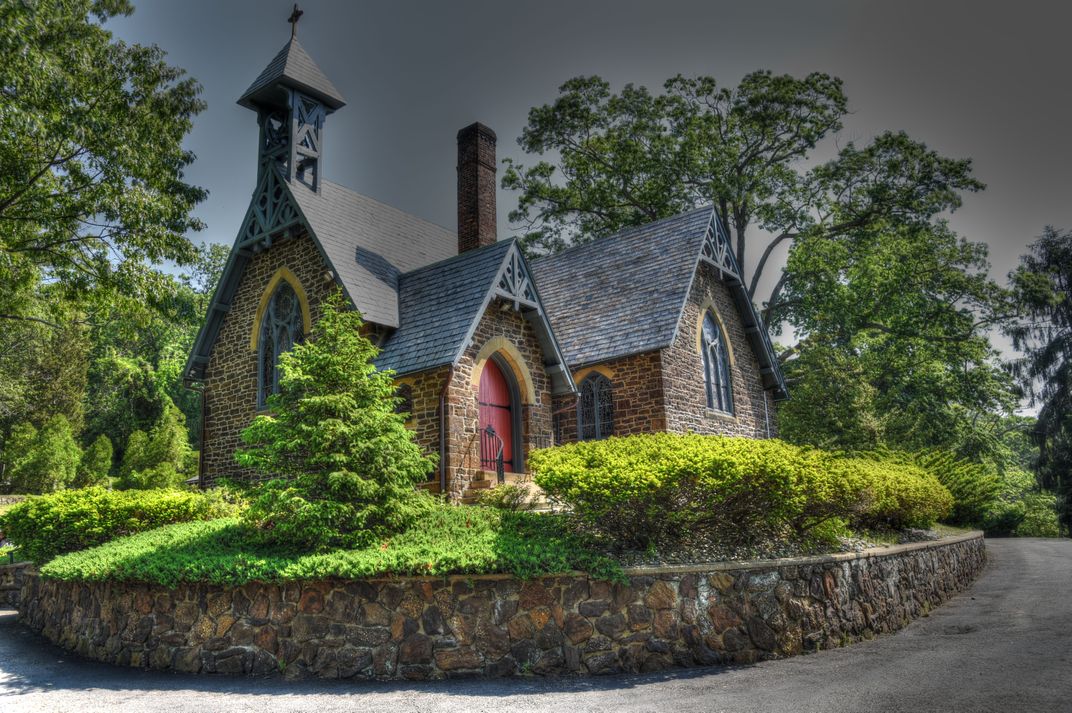 The American style called Gothic was best expressed in church architecture, and most especially in the country English Parish church. This phase of architectural history had a vitality and cohesiveness that would not be seen again until Henry Hobson Richardson appears at the end of the 19th century. on October 7, 1863, the corner stone was laid by the Bishop of New Jersey, the Right Reverend William Henry Odenheimer. Odenheimer, along with Bishop George Washington Doane of Burlington and Bishop J. M. Wainwright of Trinity Church in New York City were the three most powerful Episcopalians in the United States at mid-century and all three commissioned Upjohn churches.