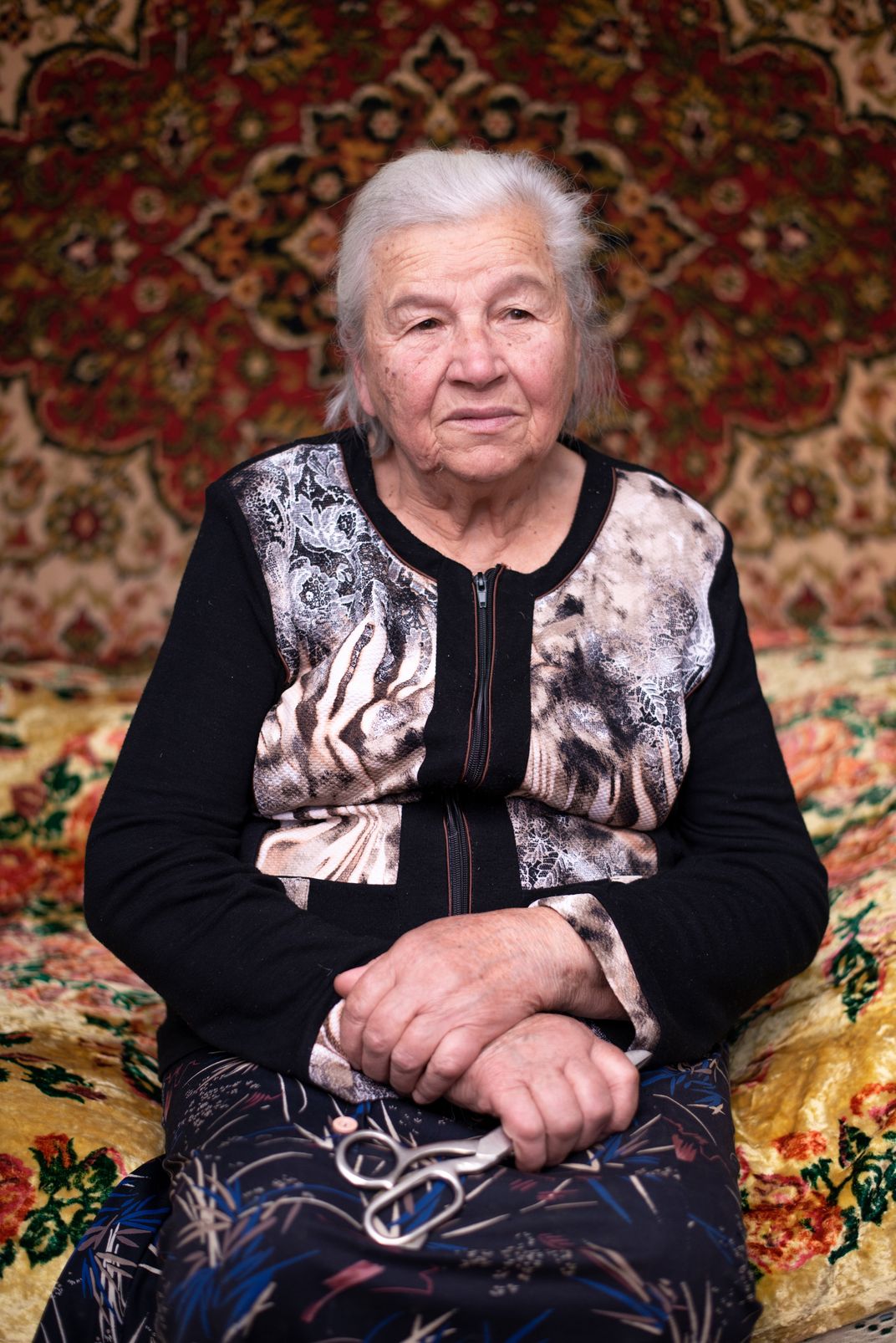 "I was a student in the 4th grade. I remember how that April night when a soldier took my books off the shelf, saying: “You will go to school in Siberia”. There were 53 of us in the freight car. There was also a baby, a girl Myrosya, she was 11 months old and I was 11 years old. I rocked her all the time, for me, she was like a doll. So, two weeks of travel to Siberia was fun for me. We were brought to the city of Zima, where I went to school. It was difficult to study because I did not understand Russian. At the age of 14, I worked in a wood processing shop for minors. With other children, I sawed boards for boxes. When I mastered sewing, I worked in a workshop at the factory. I sewed outerwear. My honesty and success in work began to be noticed by the management. I received respect from all employees and management for this. The locals often repeated, “Where were you taken from? You don't smoke, you don't drink and you work well, we would like to have more like you!”" Olga Kosach was awarded with certificates of honor and premiums by the Soviet authorities for her outstanding and high-quality work. Violating fundamental human rights throughout its regime, the Soviet Union persecuted, imprisoned, sent to hard labor, Jehovah's Witnesses only because they did not compromise their worldview and refused to worship Stalin or promote communist military interests. Olga was taken to Siberia during a secret operation, called “North”, on April 8, 1951. At that time almost nine thousand Jehovah’s Witnesses were exiled to Siberia where they were forced to stay for some 14 years.