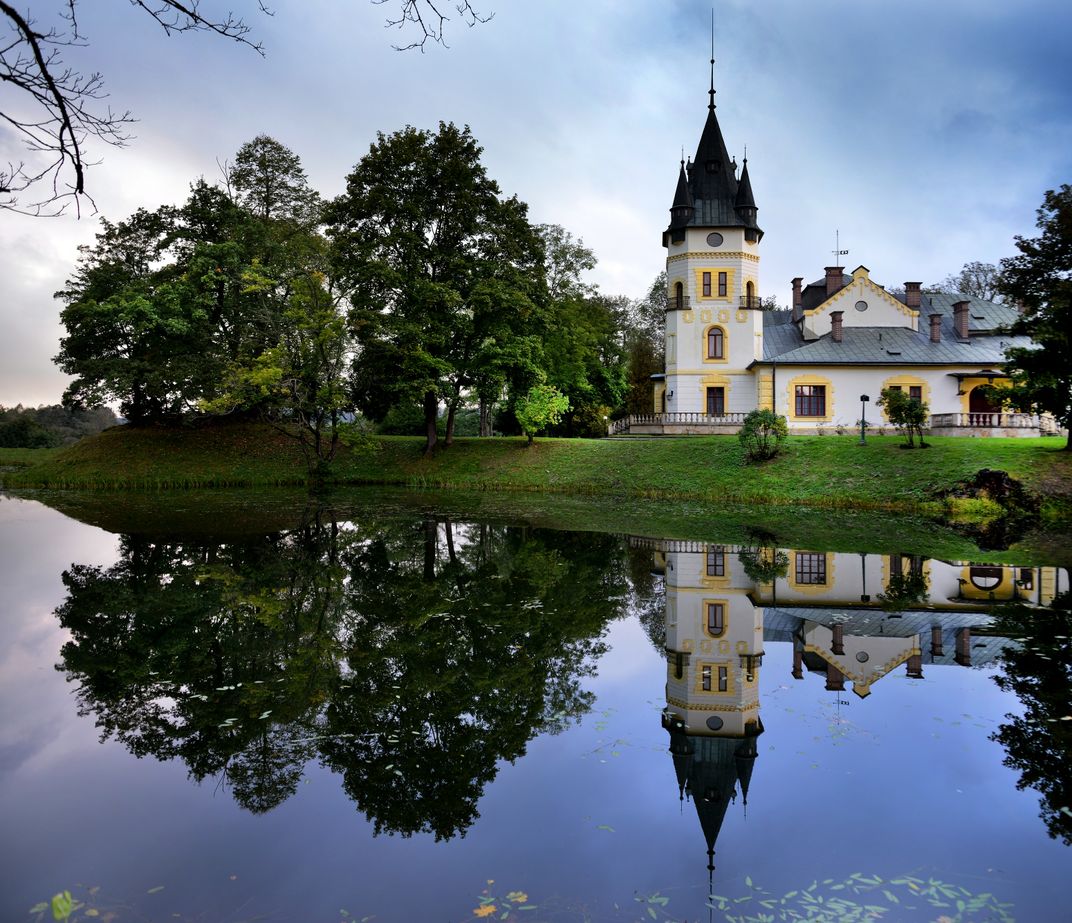 This beautiful old castle is locate in Olzanica, a small village in southern Poland. According to some sources the current design of the mansion has been created in early XX century, however the initial castle dates back to XVI century. According to the same sources the first owner of the building was the Kmita family from around XV century. In 1905 the Jordan family re-designed the castle to its current condition. Nowadays the castle has been transformed to a holiday mansion open to tourists.