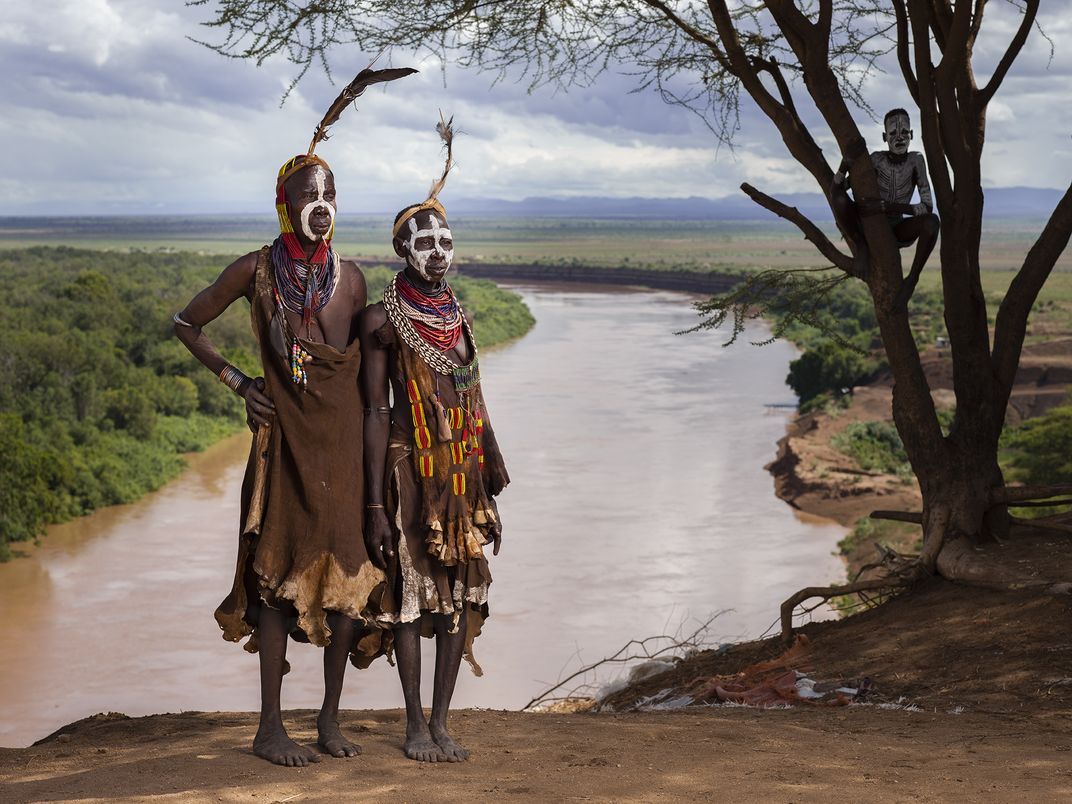 The fate of the Omo Valley was decided 15 years ago, when the government began to build what would have been the pride of Ethiopia: Gibe III, the ambitious hydroelectric dam that the whole world would have envied. A controversial construction that will allow irrigation of vast commercial plantations that are taking place in the ancestral lands of the tribes and, at the same time, a potential humanitarian disaster for the approximately 500,000 people living along the Omo River and around Lake Turkana. Human rights organisations have reported that the dam has put an end to the seasonal flooding of the Omo River, on which the indigenous tribes depend directly to water their herds and cultivate the fields. For most of these tribes, adorning themselves with paint, shells, bracelets and lip-plates, essentially wearing a "costume" to attract tourists, has become the only form to maintain their livelihood and traditions.