Home Natural World "On the edge" 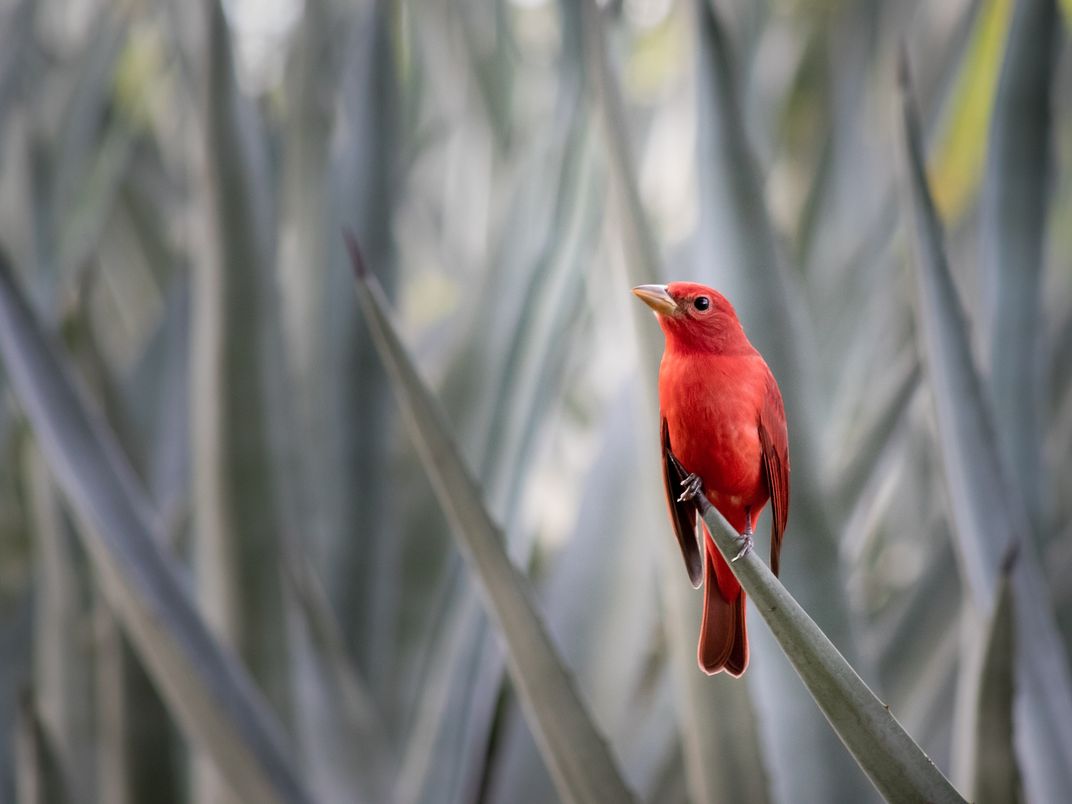 This summer tanager (Piranga Rubra) is one of many migration bird visiting the Yucatan peninsula which is considered to be a true biological bridge between north and South America. The lost of natural habitat in this area of Mexico has a huge negative impact onto these population of birds. The bad farming practices and a strong human development reduced the original native forest to almost nothing, as you can easily notice on GoogleEarth. This is the reason I choose this title: this bird specie is strongly threatened by the deforestation process that started dearly during the XIX century. At the same time the bird is literally on the edge of the leaf of an agave plant, the traditional plant used to produce tequila.