Home People On the Pier 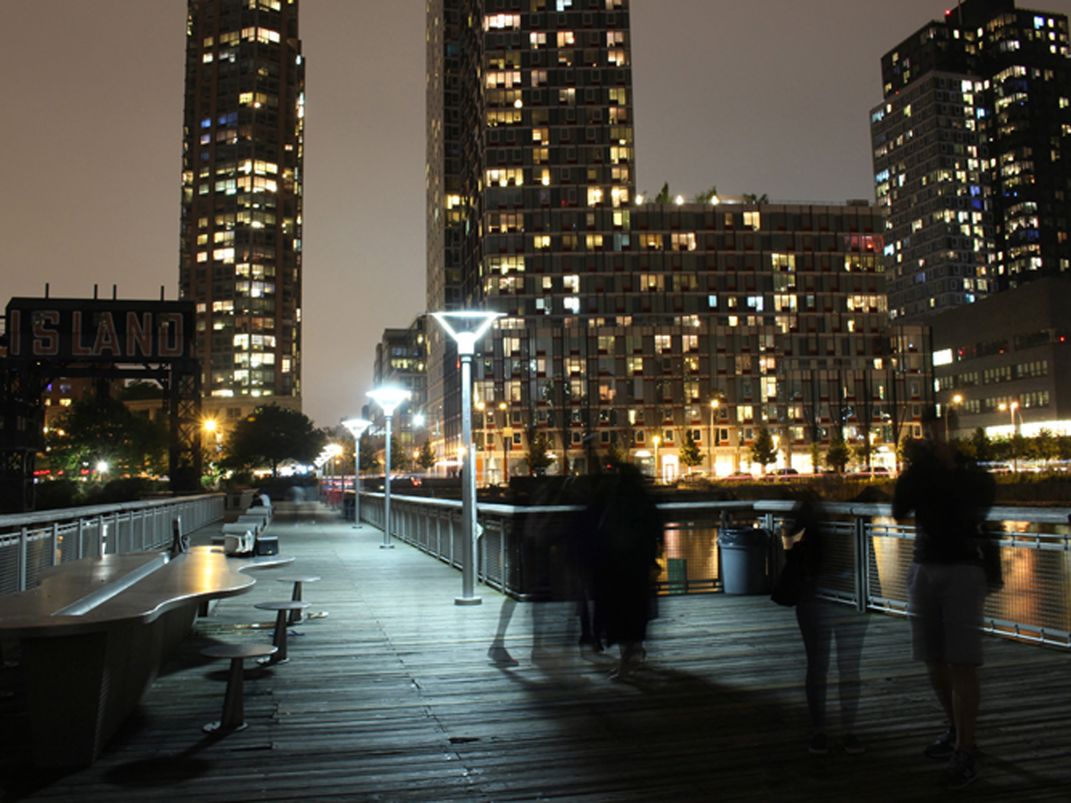 Shooting at night on the pier at Gantry Plaza State Park, Long Island City. We were set up at the end of the pier to get views of the Manhattan skyline across the river, using longer and longer exposures as the evening went on and the skies got darker. Eventually I decided to turn around to get a shot up the length of the pier with the brightly lit windows of apartment buildings sparkling in the background. There was a group of young people on the pier who had clearly come from a graduation ceremony sometime earlier, and who were now happily taking pictures of each other in their graduation robes. When I turned the camera around, I realized they were going to be in my shot, but I was curious to see how moving people would be captured in a long exposure. I think their ethereal presence and the dynamic blur of their movement adds a lot of interest to what would otherwise have been a static image.