Home The American Experience On the Shoulders of Black Lives Matter 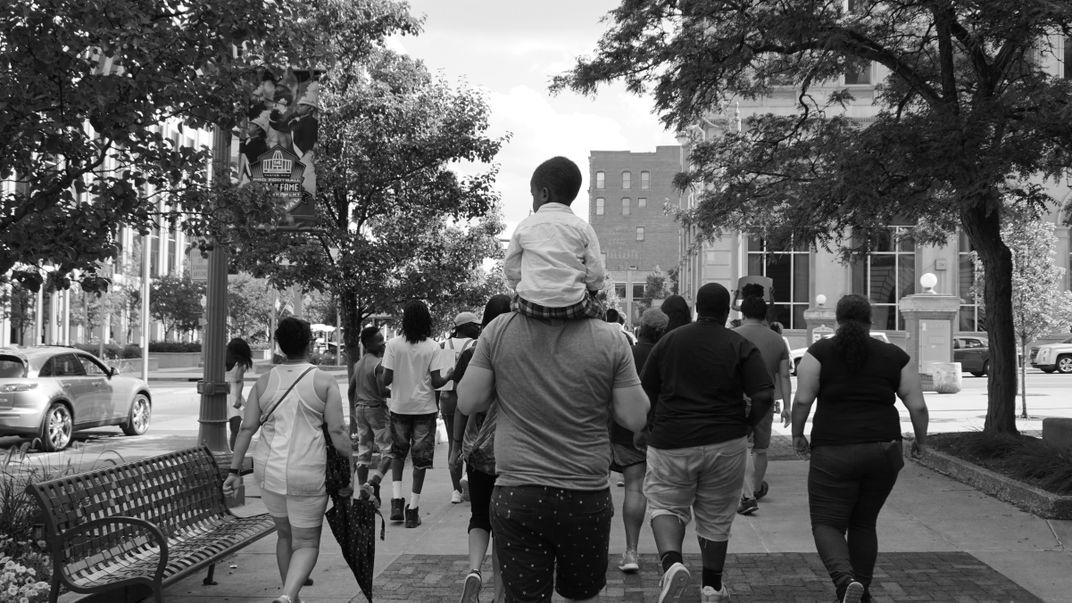 In July of 2016, in the midst of racial tensions boiling over across the United States, protesters in Canton, Ohio gathered to express concerns about the community and the movement. Canton, which is about an hour from Cleveland where the RNC convention was set to take place in less than a week, has had its own troubles with racial discrimination in the past. People from all walks of life came out to protest police brutality and represent Black Lives Matter. Most parents told me, "this is for the kids." Some of them even brought the next generation along to show them, as one mother put it, "that they matter too."