Home People Once upon a time at the Museum 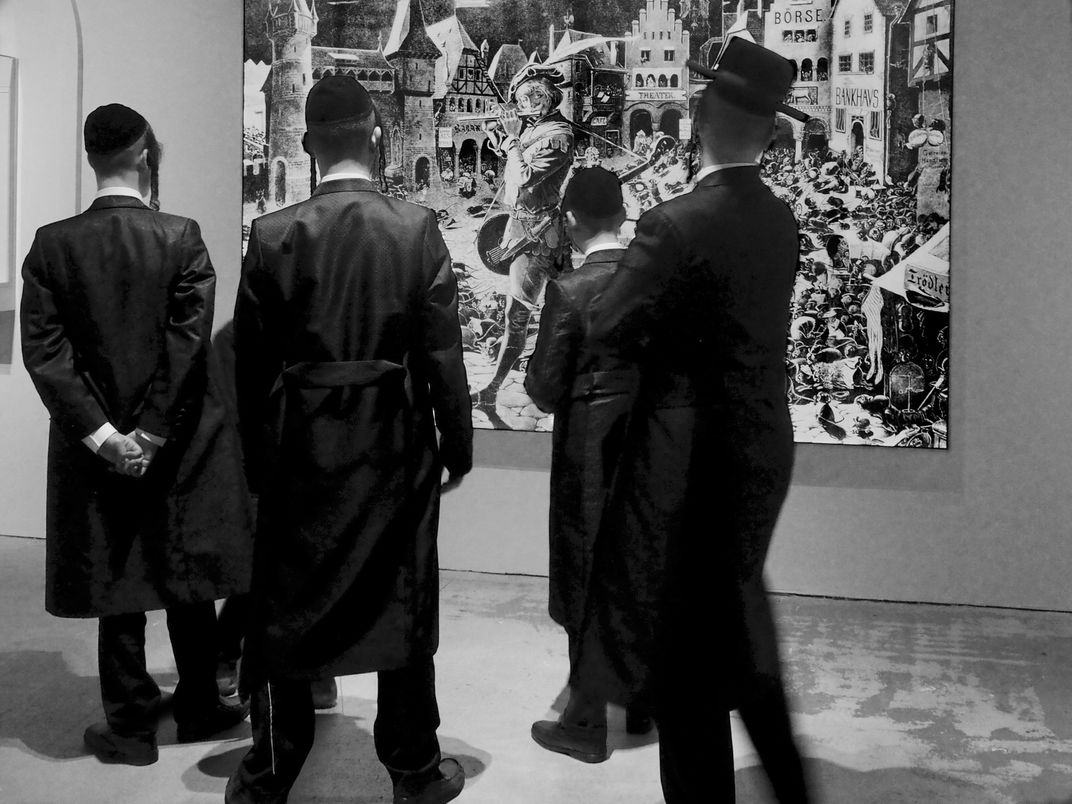 This picture was taken at the Jewish Museum Of Heritage in New York. While watching the exhibition, I noticed several religious Jews standing for a long time near a large old lithograph. I took this picture and came closer to consider what so caught their attention. The lithography depicted the plot of the exodus of rats from the city behind the Pied Piper, playing the pipe. The image is an example of anti-semitism at its prime, the rats are personified with stereotypical features, big noses, etc. personifying the Jews as pests, dehumanizing them. The pied piper in Der Rattenfaenger was a german soldier that was sent to get the pests out of the town of Borse, where they were seen to be running down the town and dirtying the once beautiful and ideal Germany.