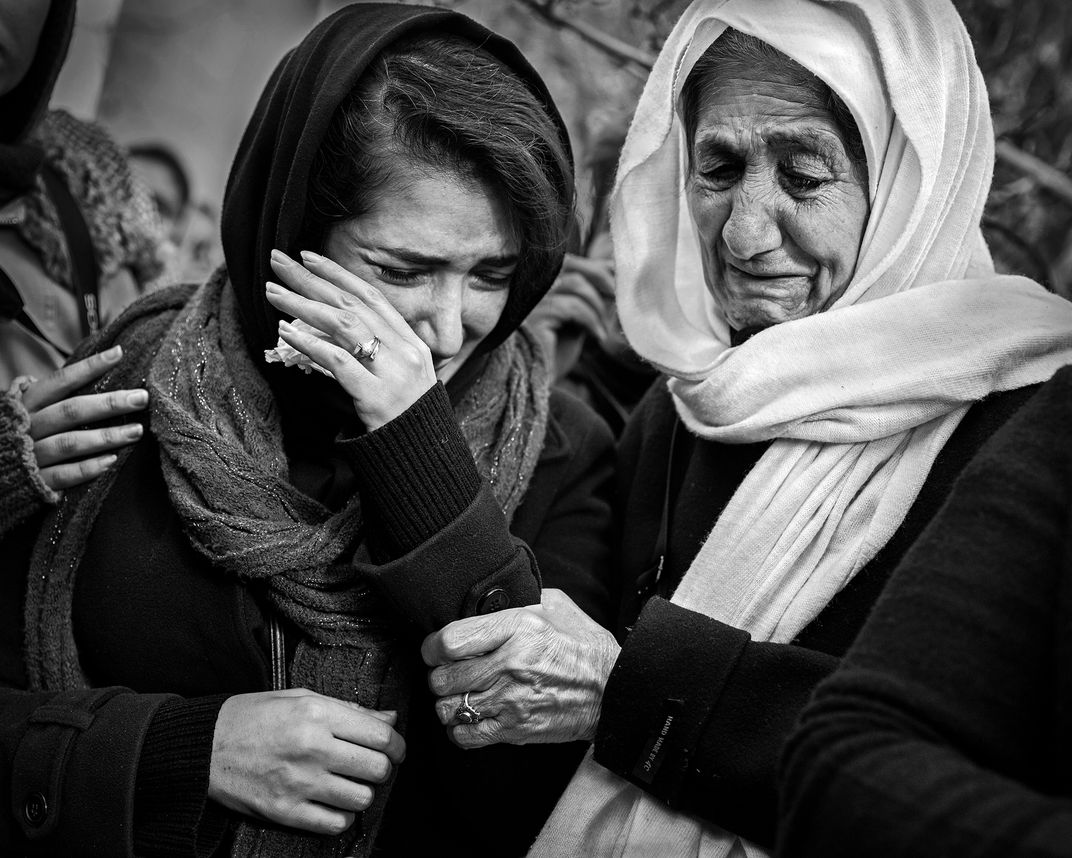 Sympathy of the public with Pooya’s father; Pooya Abolghasemi, a young man was killed in a quarrel in 2011. After five years in custody, the killer was sentenced to Ghesas (death punishment retaliation) according to the penal law of the Islamic Republic of Iran and in January second 2017 the sentence is executed. The killer’s father faints at the sight of the hangman’s noose on his son’s neck. Mahialdin, Pooya’s father, changes his mind and asks forgiveness for the killer. A large crowd of people and political and civil activists of Sanandaj went to Pooya’s funeral the day after, each with a flower in hand to show their respect and thanks to his family.