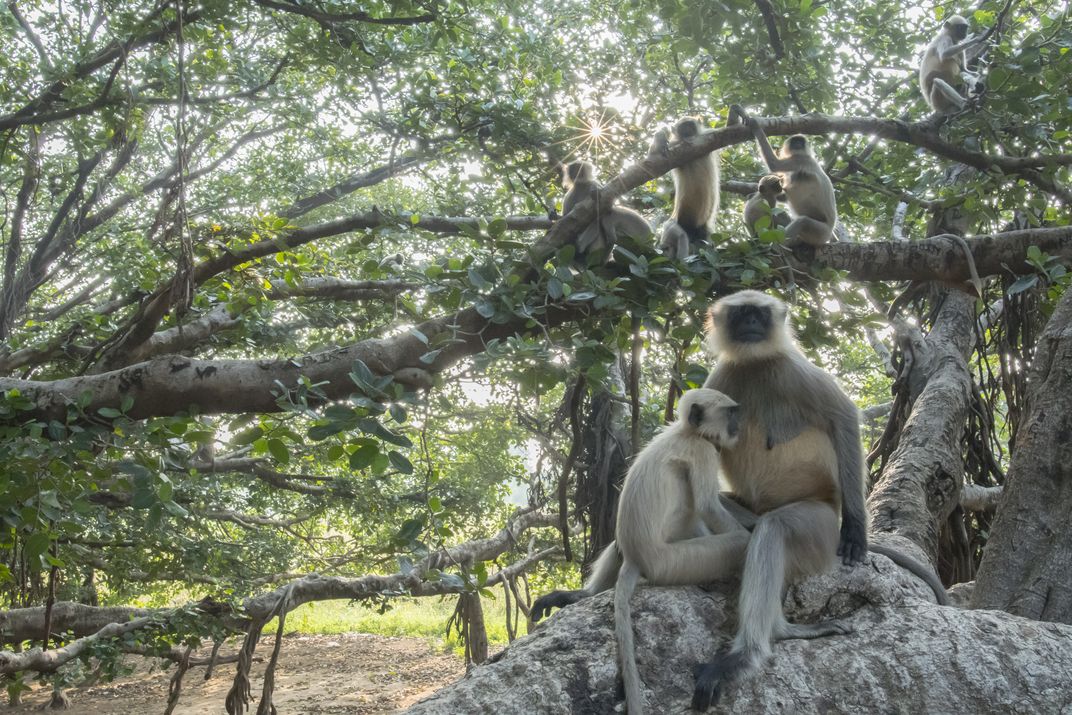 The story highlights the importance of the tree, the majestic banyan tree of Kantharpura. As per village, the tree ages between 200-300 years and covering an area of more than 2100 square meters, making it the second-largest tree of Gujarat state. The tree invites more than 200 species of migratory and resident birds, about ten species of mammals, and numerous variety of insect life. The Photograph captures the troop of Northern Grey langur enjoying the fruit and shade of the tree. Every day the alpha male makes his visit to the top branch announcing its territory. During evening hours, different varieties of birds like heronry roost in large numbers. Nocturnal visitor includes species of bats and civet cat which prefer fig fruit offered by the banyan tree. The branches resembling a hermit are expanding in all directions and also houses a Hindu temple near its main trunk. The temple is visited by more than 500 followers who get astonished by the majestic tree and its offering diversity. The banyan tree truly stands as one tree Jungle.