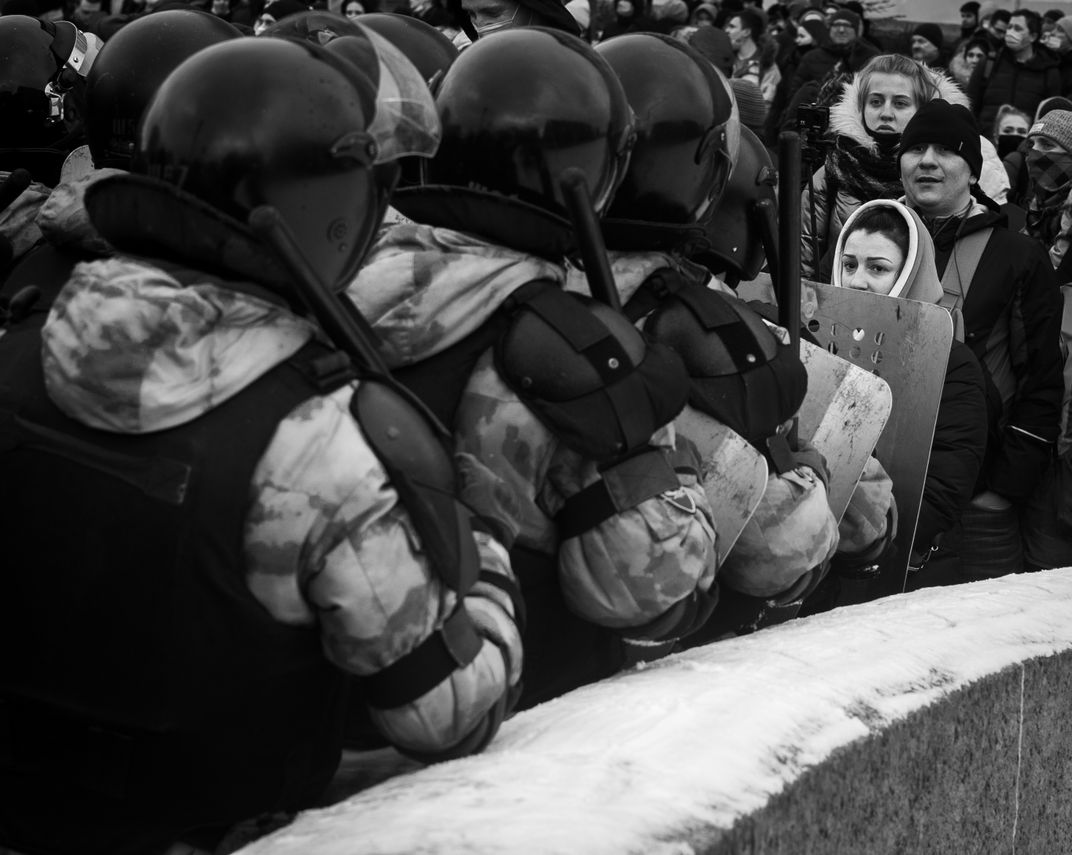 In this photo I observe harsh and dangerous side of being politically active in Russia, through the photos of unauthorized demonstrations. These protests were caused by the unlawful conviction of Russian political activist Alexey Navalny. However, people went to streets not only to support him, but also against corruption, arbitrariness of the authorities, unfair elections. During the protests the police arrested many peaceful demonstrators and even bystanders, often with the use of extreme violence. They used batons and shockers against unarmed people. Many of the innocents were held captive for several days in jail. Many people do not support the authorities but they are afraid to show it, because they can lose their jobs or face a police brutality.