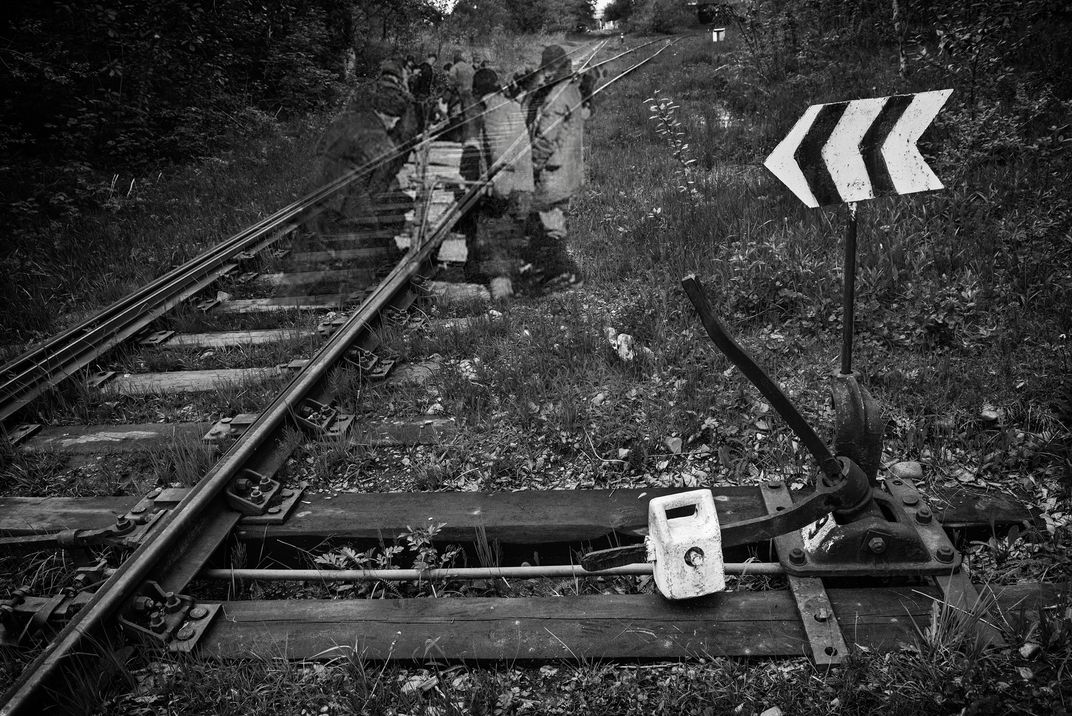 Komsomosk-na-Amyre was build on the bones of the prisoners. This is the original railroad where the prisoner came to face their destiny. Komsomolsk-na-Amyre was founded in 1932, it was from 1937 unmarked on maps and off limits to foreigners – not just in Soviet times, but as late as 2003. This region was promoted as a part of the grand project to build Soviet industry at an accelerated pace. The first two contingents of volunteers arrived in the spring of 1932. There was almost nothing in the way of shelter or amenities when they arrived. There was little means of producing food or building materials until forest cover had been cleared. In such harsh conditions, there was a high mortality among these first volunteers. Most of the survivors had left within two years. The regime relied increasingly on dispatching prisoners to Komsomolsk to meet its needs for labor, since they could be compelled to stay. There was a constant influx of new prisoners to replenish the labor force, an increasing proportion of whom were political prisoners.