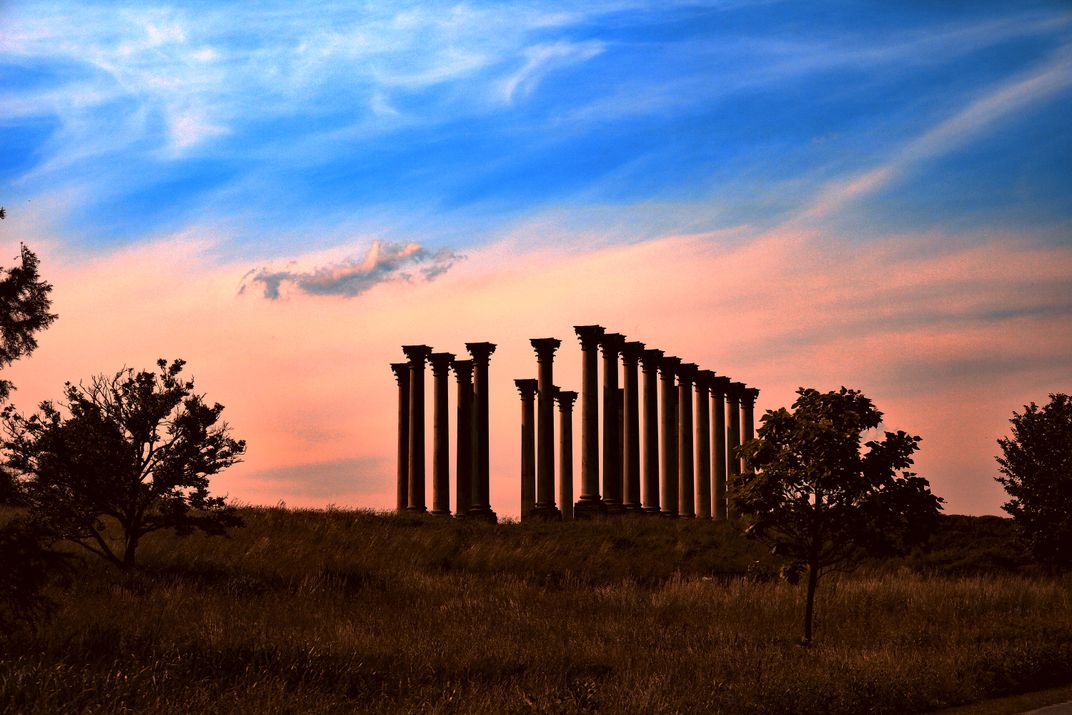 These Columns were originally built as part of the east portico of the Capitol in 1828, long before the familiar Capitol dome was completed. However, when the dome was completed in 1866, it appeared inadequately supported by the columns, because the iron dome was significantly larger than the dome that the designer envisioned. To correct this visual illusion, an addition to the east side of the Capitol was constructed in 1958 and the columns were removed.