Home Natural World Over the hedge 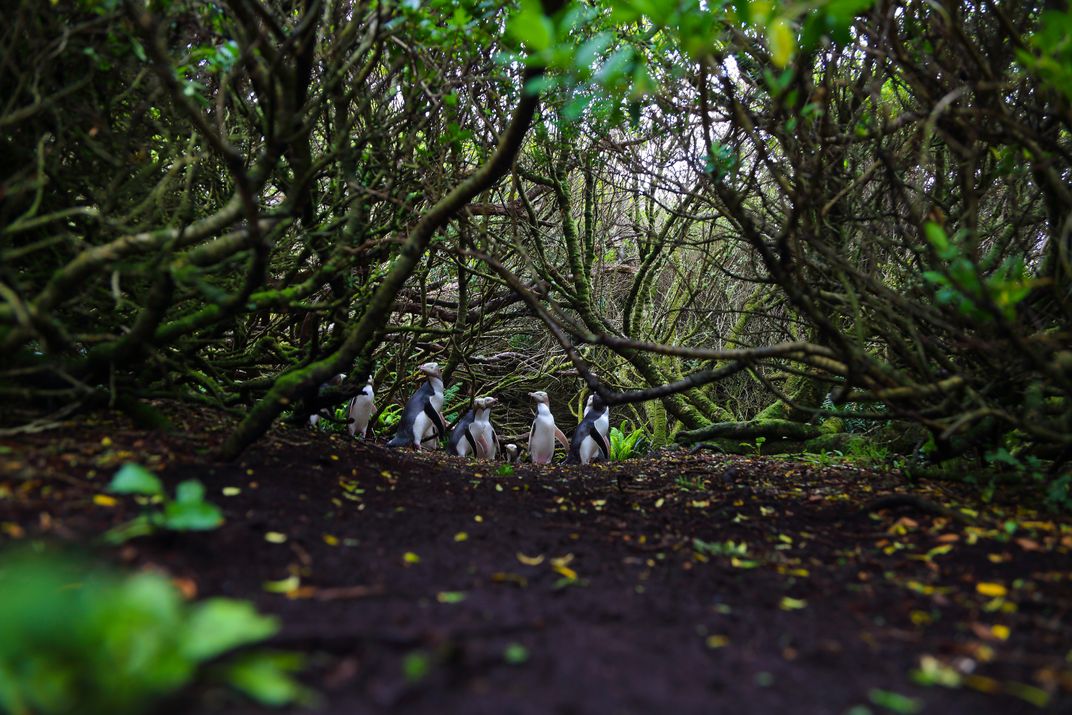 Over the hedge. A Little squads of the Yellow-eyed Penguins sheltered in the bushes, above all during the breeding season of the Sea Lion, the Yellow-eyed Penguins (Megadyptes antipodes) are alarmed for the possible attacks. Aukland Island, Sub-Antarctic Islands - New Zealand. Red List IUCN Endangered. Sub Antarctic islands are the first lands after the “Ice Desert”, we take a visual journey that describe the unique wildlife of those archipelago and the everyday life on board of Tiama, a special sealing vessel, where researchers and photographers look for evidences of relationship between climate changes and wildlife decline, looking for little and big changes in this apparently untouched microcosms. This expedition comes from the idea to report the relationship between climate changes and decline of wildlife in New Zealand Sub-Antarctic Islands.