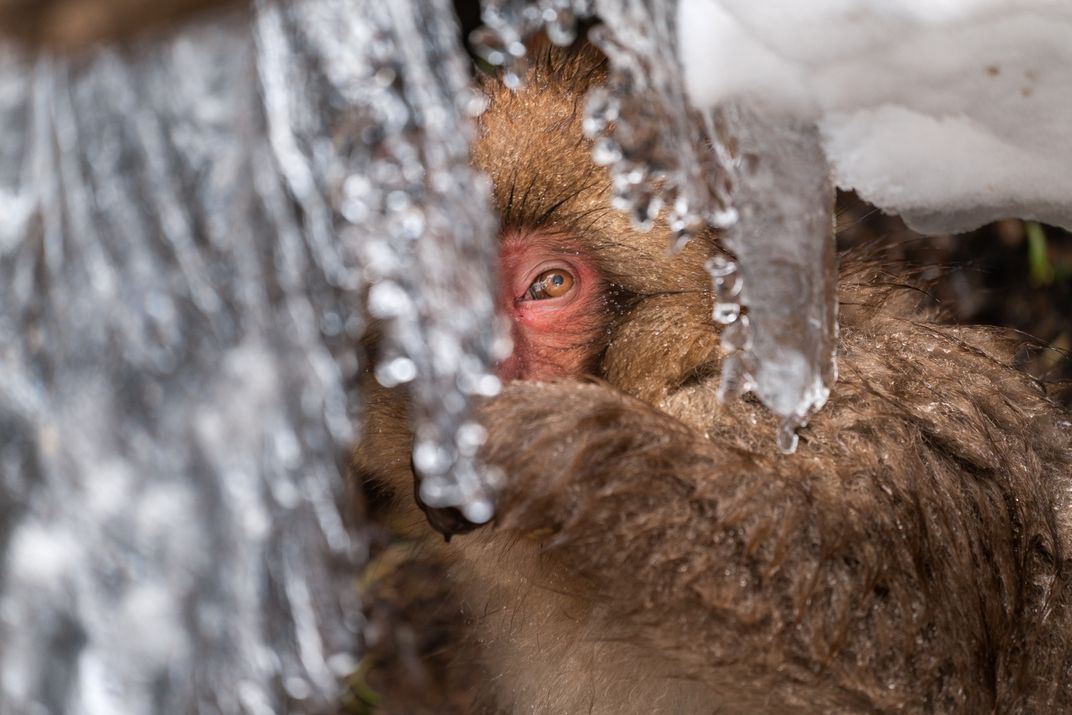 On the cold winter’s day, I photographed that a young Japanese monkey were looking around with a sharp eyes in the Jigokudani Monkey Park. Due to the habit of Japanese monkeys, if it's female, she spends their lives in a group in which she was born. On the other hand, if it's male monkey, he will leave the group where it was born in a first few years. Whether it's male or female, young monkeys have to learn the way to overwinter in the harshness of nature such as heavy cold and snowfall while living in a group.