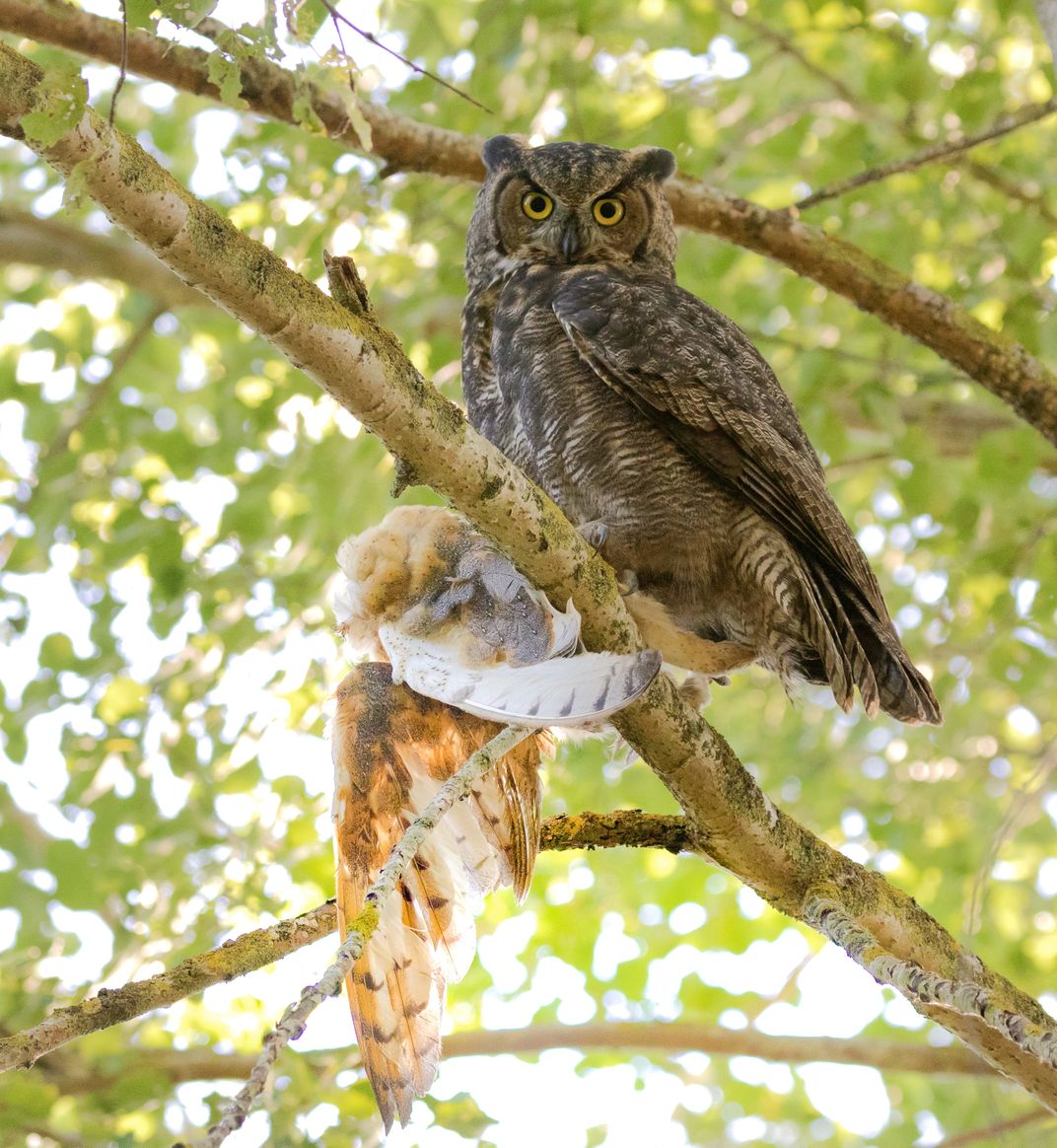 The Great Horned Owl is a Fierce Predator. The Barn Owl is threatened in the British Columbia Lower Mainland. Major development of highways, greenhouses, development and malls have resulted in the loss of farms and grasslands along the migratory path of many birds and raptors. The grasslands provide food for the raptors. With the bald eagles departing for their fall fishing grounds, competing owls descend upon a large, treed park surrounded by remaining grassland. The different owl species compete for food and territory. Sadly the Barn Owl is losing the competition among the greater predators and loss of habitat. Although it is known that GHO will hunt the Barn Owl, it is rare to see. Not shown in this image is the young GHO waiting for food that the mother was providing. So goes the circle of life and nature being nature.