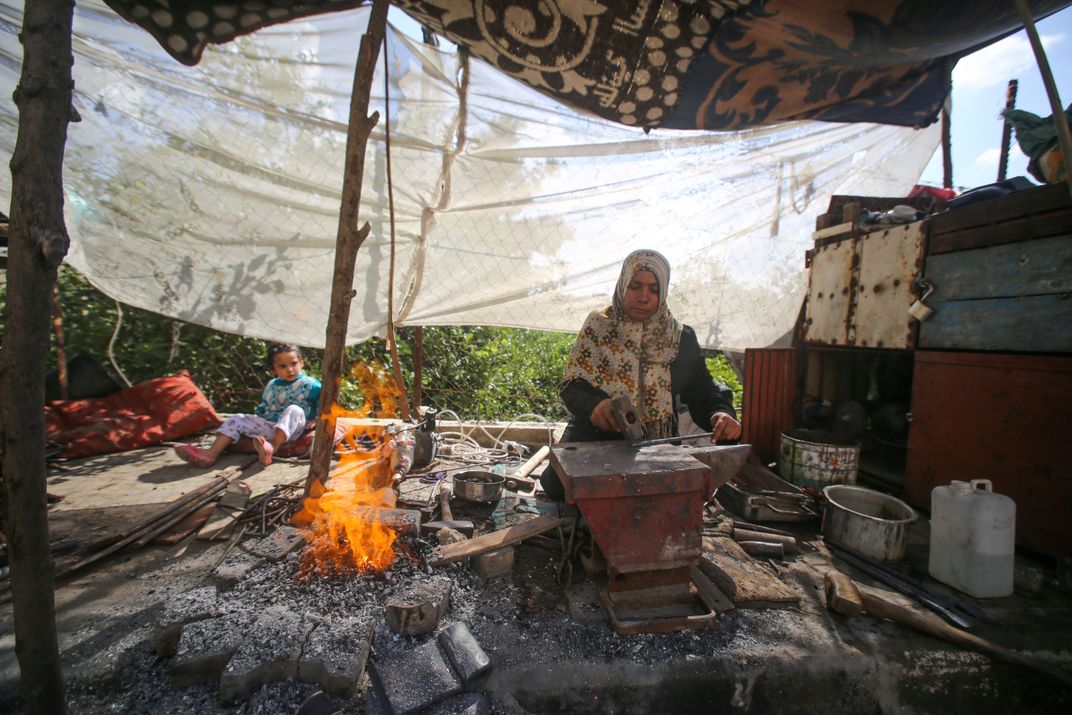 Aysha Ali, the wife of Ibraheem Mustafa, a 40-year-old Palestinian blacksmith, sharpens a handmade knife, as her husband hammers heated steel, at their small workshop in Gaza city on November 9, 2015. The ILO estimates that the 2014 conflict in Gaza raised unemployment from 32.6 per cent to 36.9 per cent, which caused an estimated daily loss in economic activity of US$ 508,000 per working day since August 2014. As the numbers of the unemployed laborers in Gaza reached 200,000 and poverty to 60 per cent, according to local reports.