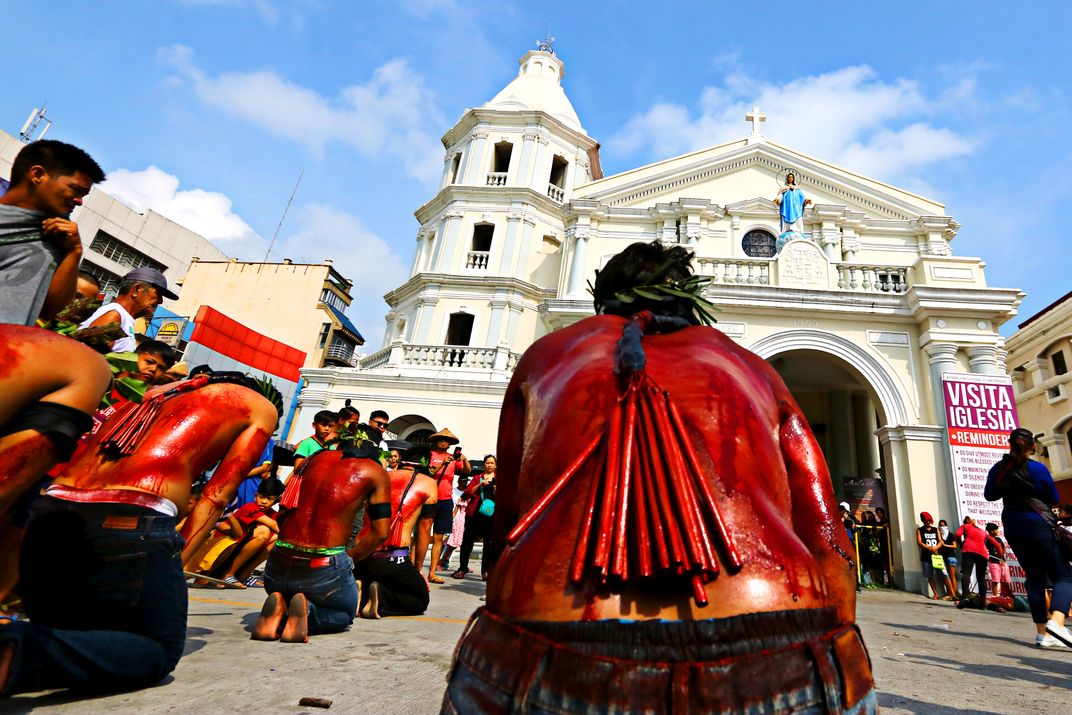 The A flagellant’s while doing there act of penance as self-flagellation with full fresh bloods at their back in front of Metropolitan San Fernando Cathedral Church at Brgy. Santo Rosario, San Fernando, Pampanga (North province of Manila) to give respect to each church that they are passing and perform their act of penance as self-flagellation and walking bare footed around the town on April 14, 2017 (Friday). Self-flagellation every year of catholic devotees is an old tradition’s that performed every holly week in the Philippines that show of their vow of devotions / faith or “Panata”. The traditions are discouraged by the Catholic Church in the Philippines, which they considered as superstitions of Old Folk Catholism of self-harm that against on the teaching of the church, The flagellant’s doing their ritual without any anaesthesia as part of their faith or devotion and they are advice by the Department of Health beware of possible infections.