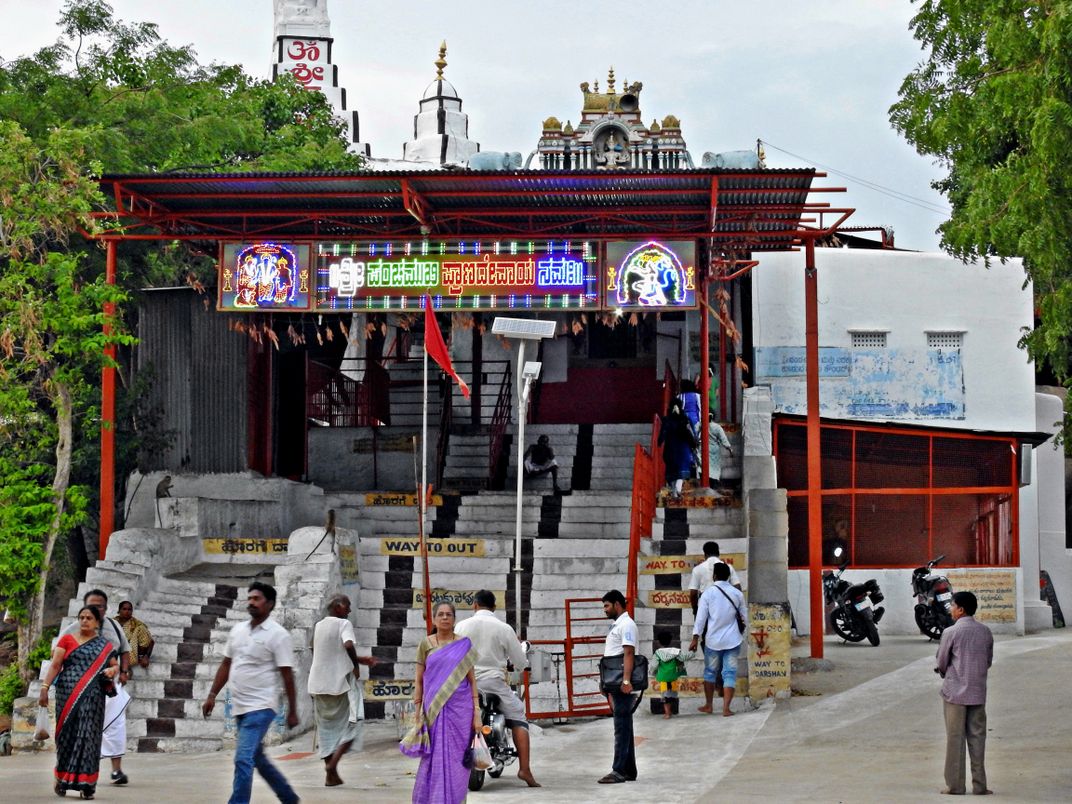 This Temple of Lord Anjaneya Swami(also known as Lord Hanuman), the monkey god of Hindus at Panchamukhi, is a place of piligrimage near Mantralayam located on Karnataka & Telangana State borders in South India. The temple is carved out of a mammoth single stone. Sri Raghavendra Swamy, a 16/17th century Hindu saint performed penance for 12 long years on top of this stone hill whence Lord Anjeneya Swamy is said to have appeared before him(gave divine Darshan or appearance), pleased with his devtion.