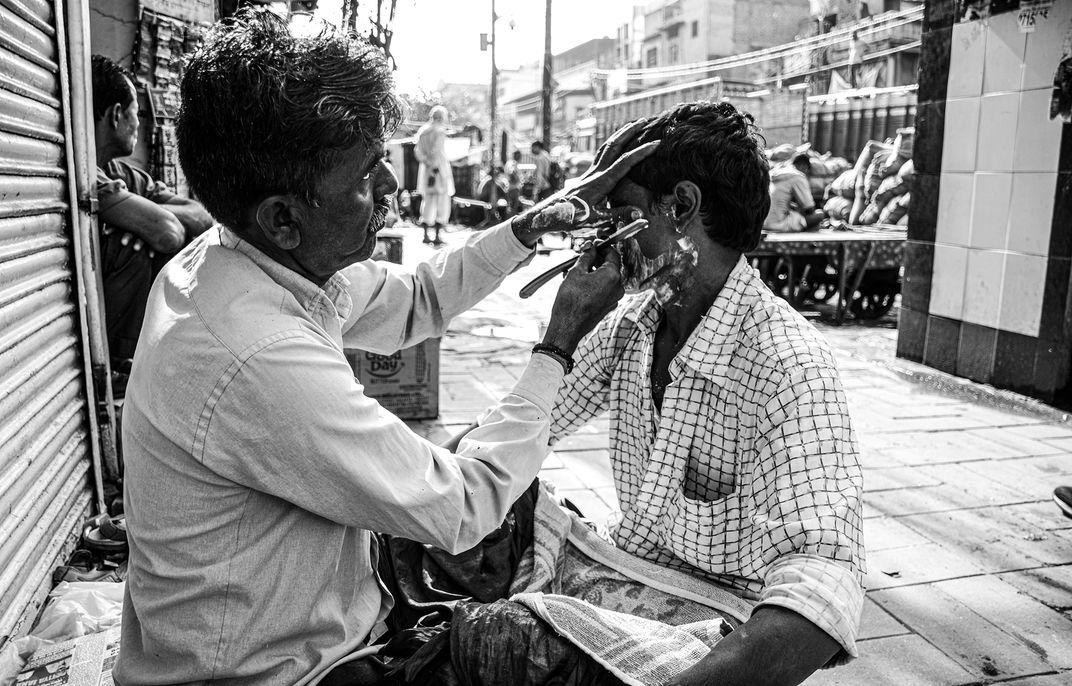 Informal sector constitutes the overwhelming part of the Indian economy, its claims to being among the top ten industrialized economies in the world notwithstanding. Majority of the workforce is either self-employed or employed in very small-scale enterprises. This barber sets up his pavement saloon for three hours, from 7 am to 10 am in the morning, because after that it just gets too crowed for him to practice his trade. His clientele is almost entirely among the casual laborers of the walled city of Delhi.