Home People Peace to the world 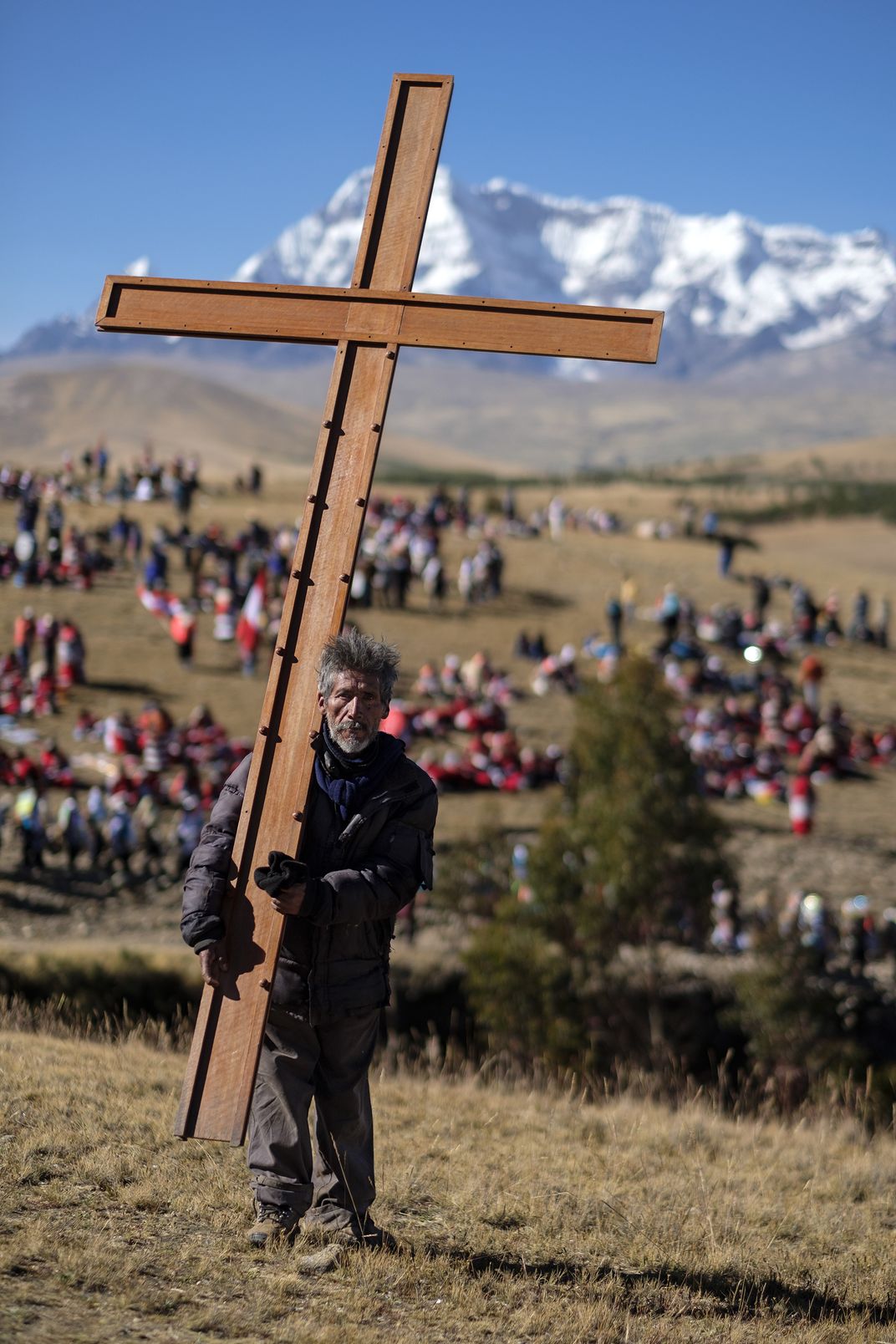 Currently the most important Andean ritual in Peru is carried out in the district of Ocongate, in the Cusco region. It is the celebration of the Lord of Qoyllurit’i, which takes place every year at the end of May and the beginning of June. Translated from Quechua, the word “qoyllu” means resplendent white and “riti” means snow, thus the name of the festival is composed: the Lord of the Resplendent White Snow or Lord of Qoyllurit’i. Name that relates it to the snow-capped mountains of this Andean region. During a week more than 100 thousand people travel to the "Sanctuary", a mountainous area surrounded by the region's snow-capped mountains and governed by the Apu or mountain named Ausangate, (the most powerful deity in the Cusco region). It is a rite that mixes the ancient Andean ideology with the Catholic influence imposed by the Spanish since the 16th century. "I have brought this cross to ask the Apus for peace for humanity and that that word war is only locked in the dictionary, we do not want conflicts, we want peace for future generations," explains Fulgencio Muñoz Yucra, a man with hair gray hair and skin tanned by the sun, who at 63 has been carrying the cross for 5 days from his home in the district of Sicuani (Cusco).