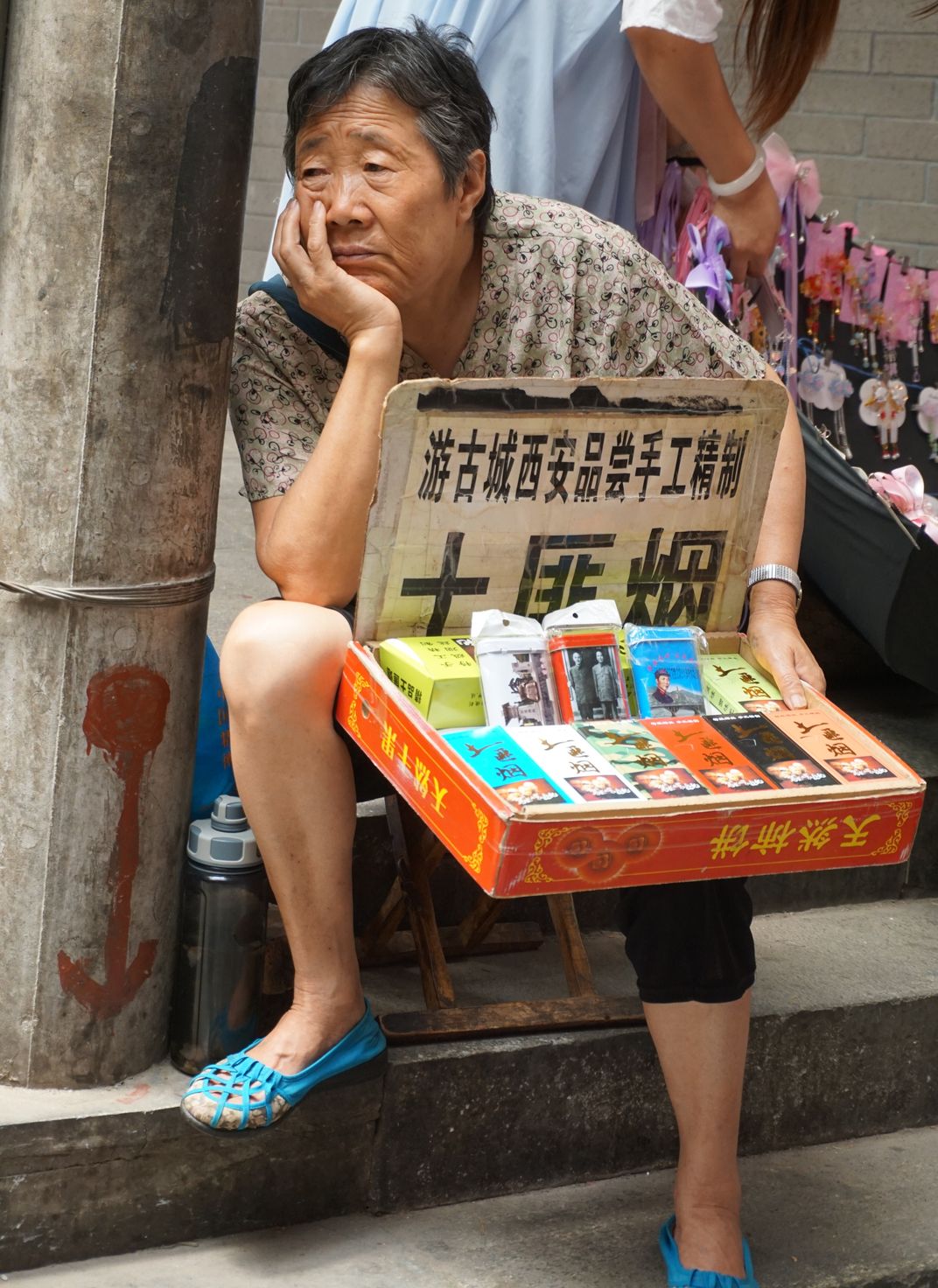 This photo shows a peddler in an open-air market in Xi’an, China. My family was strolling through the market when I spotted the woman. Our visit to the market occurred during a two-week trip to explore China, my daughter’s birthplace. It was the first time we’d returned to China since we'd adopted her. Xi'an is a city of 12 million people in central China. The image reminds me of the famous Dorothea Lange photo depicting a destitute migrant woman and her children during the Great Depression. The Chinese woman’s hand is placed is the same spot as the woman in Lange’s photo, giving the woman a look of exhaustion.