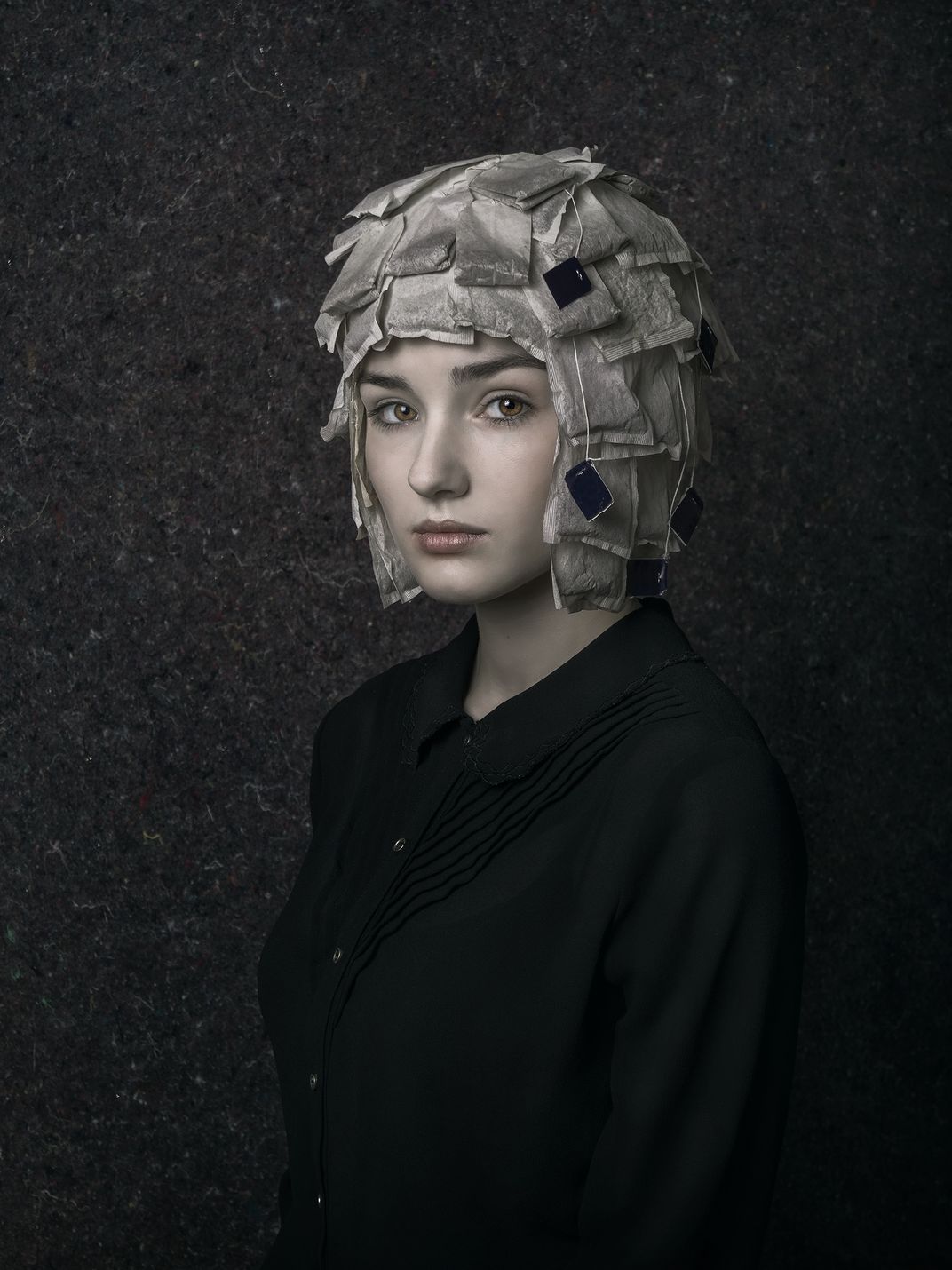 "peia" is a part of my wig-series and is made of tea bags. This series is an ongoing project in which unusual materials have been used in order to create hairstyles and looks with a twist. We are surrounded by so many things with supposedly established purpose. In this series I want to challenge such regularities and present new usages for some of those materials. We are exposed to an abundance of banal objects on a daily base. They are quite common on its own, or in small quantities. If there is a higher amount of those objects, suddenly they can be combined to something new, that is more and bigger than its parts. The initial shape and usage become a lesser concern because a new form will emerge. In this series I use exactly this kind of common objects to simulate hair cuts and stylings. It was a conscious decision to use headgear because for a majority it is the most basic but also most important body decoration.