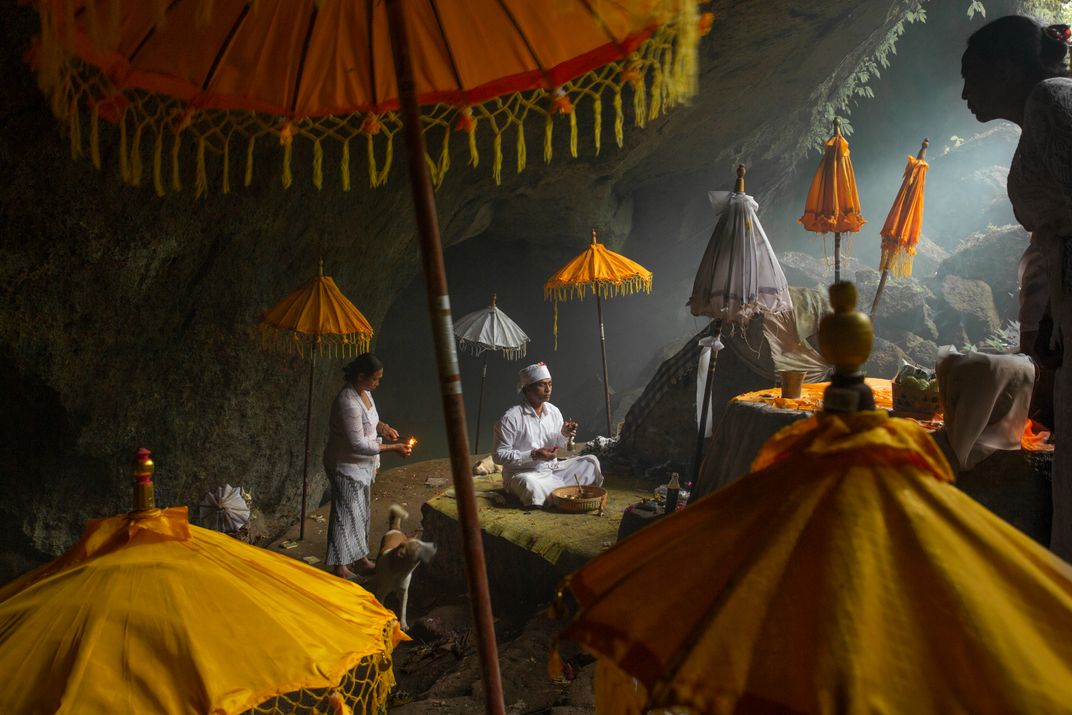 I was photographing through northern Bali and was subsequently invited to a relatively small and unknown temple ceremony by some villagers which was occurring the next day. I decided to arrive early at said temple which was located deep in a valley and which took around an hour to trek to. Here I saw the priest ( Pemangku ) and other family members going about the temple preparing for ceremony. Later that day, around 100 or so people would cram into that tiny save to pray. We were also followed by a dog from the village, who somehow made it down the ravine to join the occasion!