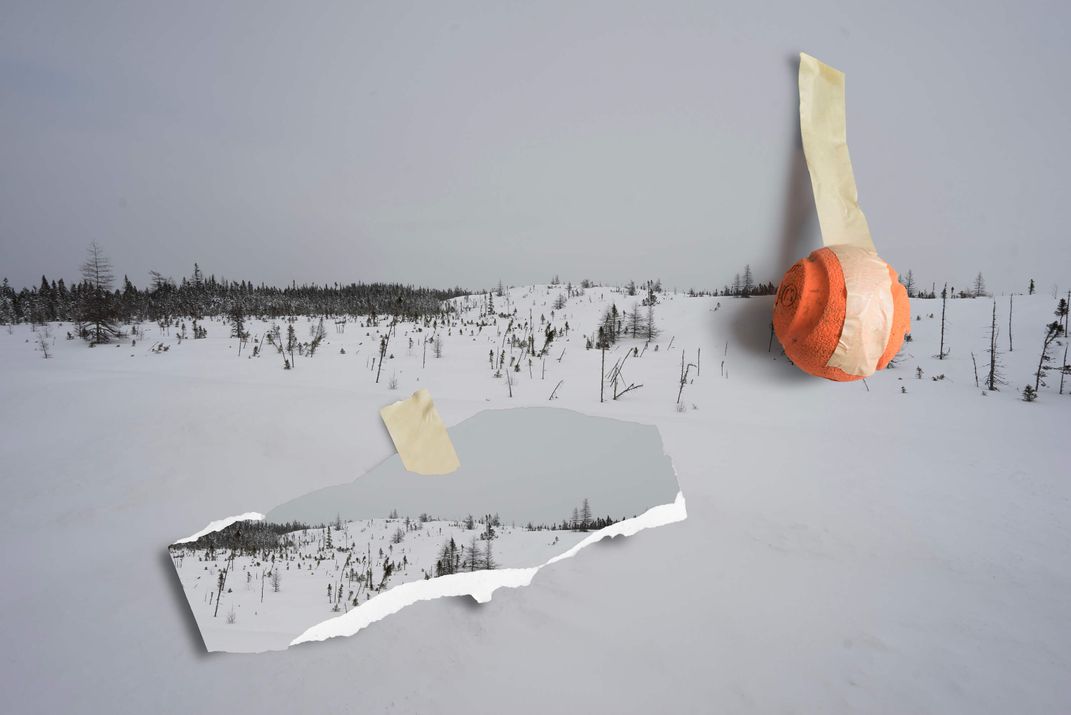 Since Donald Trump came to power, he pushes forward more harsh immigration laws to be able to eventually expel the 11 millions illegal migrants living in the US. As a consequence, thousands of asylum seekers have tried to illegally cross the border into Canada, considered to be more welcoming. Most of these migrants arrive on foot from a path about 70km to the south from Montreal, where they are intercepted by the Canadian police and authorized to present an asylum application. If they presented themselves at a border post, they would be returned to United States, under the Safe Third Country Agreement, which provides that asylum seekers must submit their application in the first country where they arrived. From September 2017 to May 2018, I traveled several times along the Canada-US border in the area of Roxham Road and Lacolle in Quebec, in search of traces of the passage of so-called illegal migrants. I retrieved objects, some of which probably belonged to migrants and others, possibly to border services officers (dog toys, gloves, etc ...) These are the objects that can be seen in this series of photographs. With photos of Canadian border landscapes taken in the winter of 2017 as background, I photographed those lost objects.