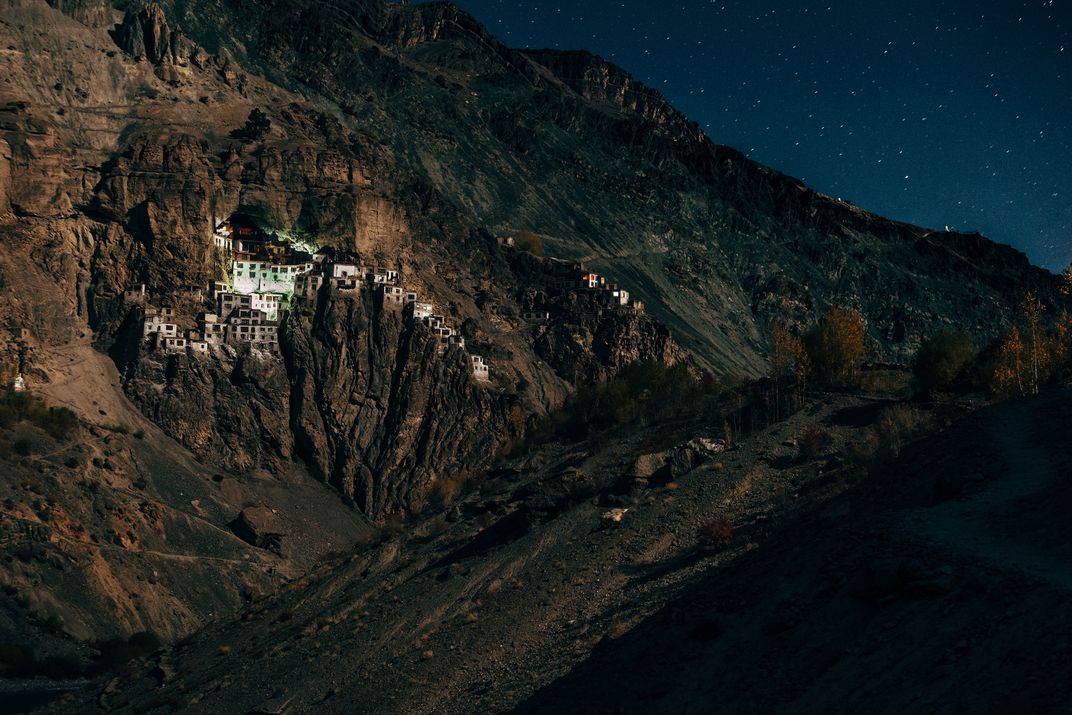 Phugtal Monastery or Phugtal Gompa, founded in 12th century, is one of the most isolated tibetan buddhist monastery in the south-eastern Zanskar region in Ladakh district of Jammu and Kashmir in northern India. The monastery is a unique construction of mud and timber built at the entrance of a natural cave on the cliff face of a lateral gorge of a major tributary of the Lungnak (Lingti-Tsarap) River. From a distance, the monastery looks like a giant honeycomb.