Home Travel Picture in a picture 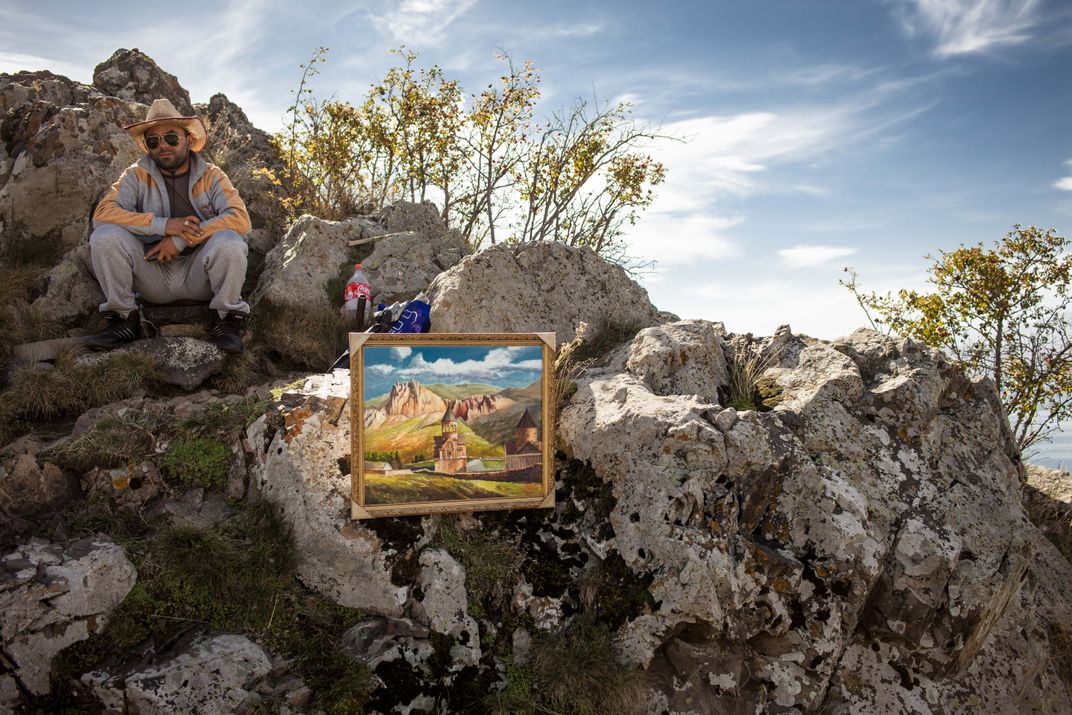 Despite periods of autonomy, over the centuries Armenia came under the sway of various empires including the Roman, Byzantine, Arab, Persian, Ottoman, Russian and Soviet (USSR). Nowadays the dispute over the break-away Nagorno-Karabakh region and the Armenian military occupation of surrounding lands in Azerbaijan remains the primary focus of regional instability. Because of these conflicts Armenian diaspora is much bigger than the Armenian population living in Armenia. In Armenia approximately 3 million people live, but outside Armenia live approximately 5 million (official data) to 10 million (estimations or unofficial data). There is something special about the way past, present and future come together. I saw that on one hand Armenia is divided between communist heritage and modern development. I felt that on the other hand it is divided between inside and outside, between emigration and returning.