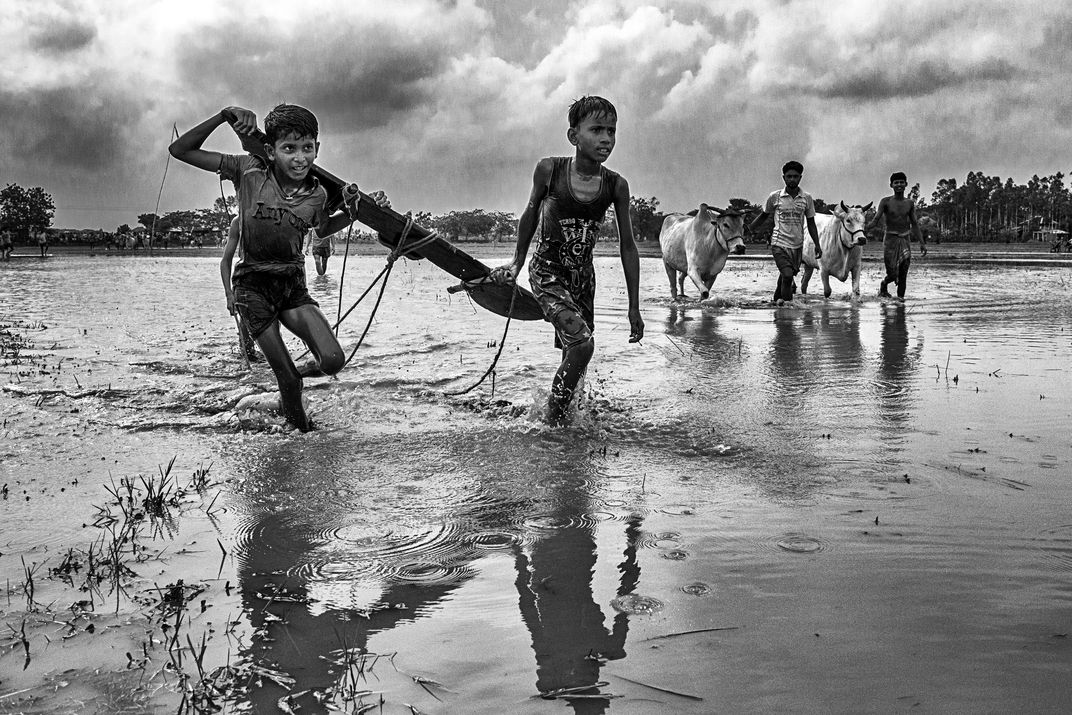 “Moichara” is a Cattle Race Festival in West Bengal, India. Each year, the village of Herobhanga (near Canning railway station) in West Bengal organizes Moichara cattle race festival, marking the arrival of monsoon season. It is usually celebrated during mid-June or early July, right when the local farmers begin to cultivate their lands. Most of the farmers take active part in this event. This is a major festive event before they start their major farming work which is usually tiring and a lot of hard work. The farmers enjoy the moment a lot when their bulls race for the glory of their owner. Farmers from nearby rural villages come to Herobhanga with their cattle and they love to perform this game publicly. I went to capture the traditional bull racing event held at Herobhanga, Canning in 2017. It was a 3 days event where first 2 days were dedicated for practice session. Bull owner and their support team trained their bulls to move in the right direction and move as fast as possible. Last day was the day for the actual competition followed by the declaration of winners and prize distribution ceremony. Many villagers from nearby villages came to Herobhanga to enjoy the show.