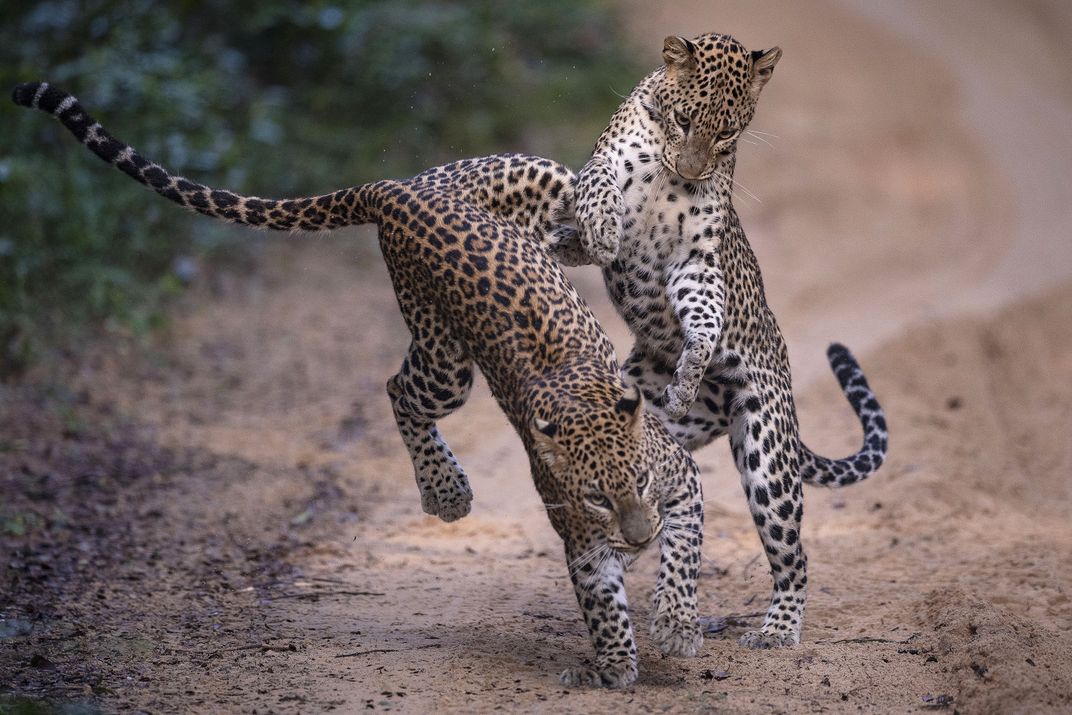 Sri Lankan Leopard is the top predator in Sri Lanka. They are solitary hunters, with the exception of females with young. They prefer hunting at night, but are also active during dawn and dusk, and daytime hours. They rarely haul their kills into trees, which is likely due to the lack of competition and the relative abundance of prey. Since the leopard is the apex predator in Sri Lanka, it does not need to protect its prey. Like other felids the subadults learn the predatory and fighting skills by playing also. In this image two sub adults are seen displaying a playful aggression.