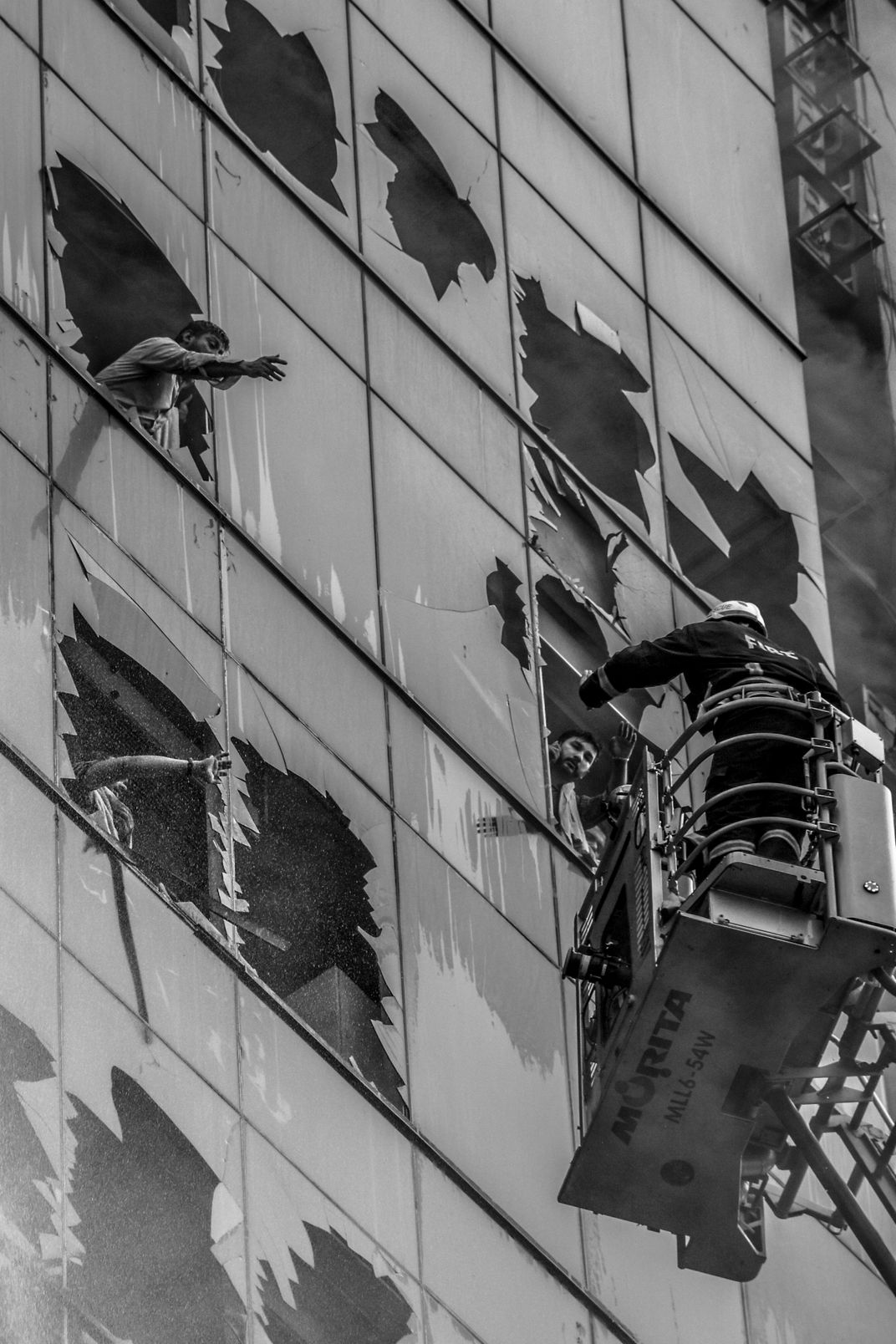 The FR Tower Fire broke out on the eighth floor of the 22-storey building called FR Tower at the commercial Banani area of Dhaka city. It caused 25 deaths and more than 70 others were injured . A Fire Service media briefing booth set up outside the scene of fire said around 11pm Thursday night that 19 bodies had been recovered from inside the burned building. Two other dead bodies were at the Dhaka Medical College Hospital, one at Kurmitola General, and three at United Hospital. The fire broke out at FR Tower around 12:52pm on Thursday, according to Fire Service . A number of eyewitnesses claimed that fire service personnel arrived late at the scene, causing the fire to grow out of control. Firefighters suspect the the fire could have originated from the seventh floor and later spread to the other floors.There have been reports that several people have been critically injured after jumping from the building. Victims were immediately taken to nearby hospitals for treatment.