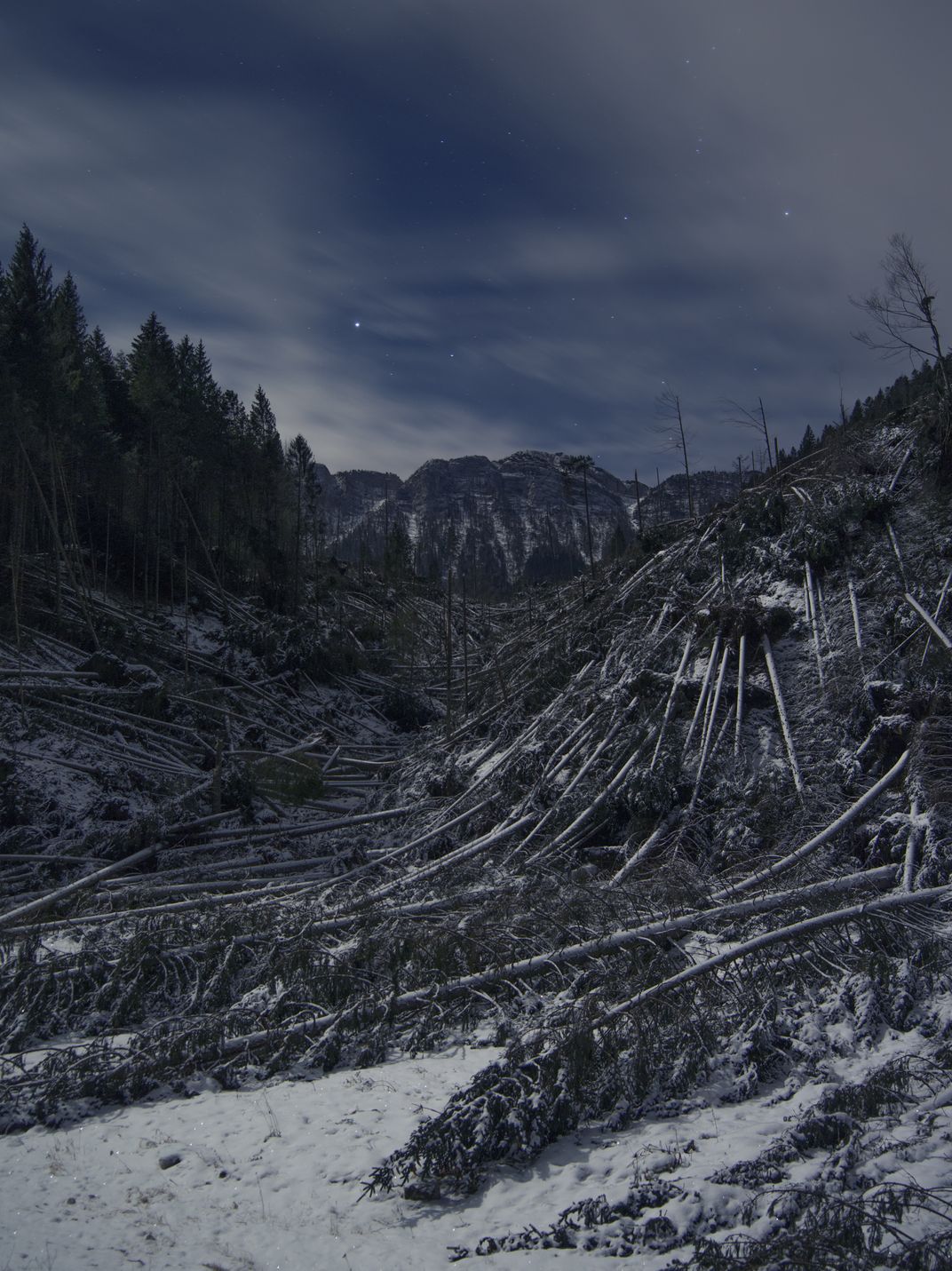 This image is part of ‘Plenilunium’ an ongoing project I've been working on for over 15 years. It was taken on the Asiago plateau, in north-eastern Italy where the unprecedented force of storm 'Vaia' in October 2018 left millions of fallen trees, disrupting entire forests and alpine habitats. ‘Plenilunium’ is an audio-visual study of the nocturnal natural landscape during the full moon. I select regions removed from urban light pollution to explore the landscape and examine my perception in darkness while flirting with the Romantic concept of 'the Sublime'. Through long exposures, the camera is able to record the image close to its actual color while the human retina relies almost exclusively on the rod cells that are responsible for low light vision. As scotopic vision adjusts to the reduced reception of visual information, the other senses compensate amplifying our awareness. As shown by popular satellite images light pollution is growing exponentially on our planet, some of its consequences such as alteration of wildlife migrations patterns and human circadian rhythms are studied by the scientific community but are still unclear.