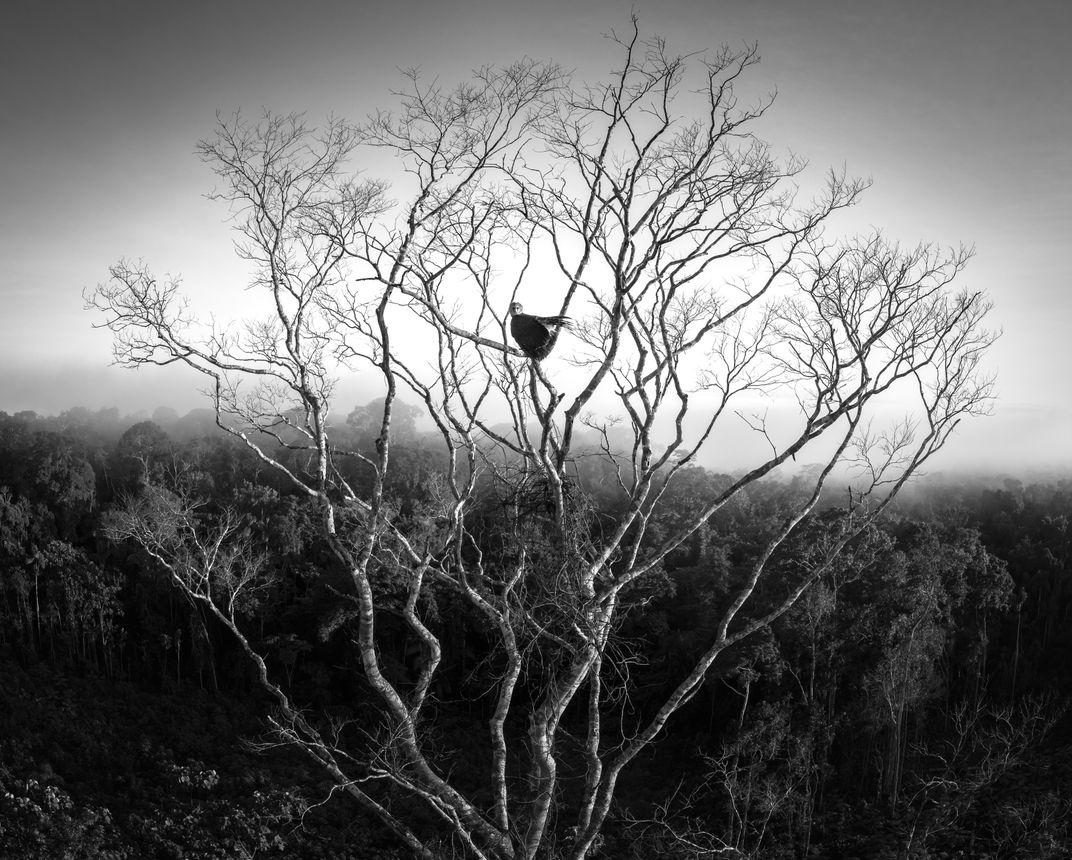 A Harpy Eagle suns among the branches of a dead Brazil Nut Tree after an unusually cool night in the Madre de Dios Region of the Peruvian Amazon.  With a wingspan up to 7ft and talons larger than the claws of a Grizzly Bear, these massive birds of prey hunt among the dense jungle canopy for sloths and monkeys. It is estimated that the population of the Harpy Eagle will decline by 25-29% over the next three generations, due primarily to habitat loss from illegal deforestation. Conservation initiatives are underway to try and prevent the species from becoming endangered.